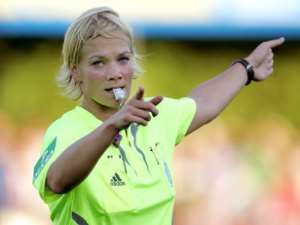 German referee Bibiana Steinhaus will officiate the 2014 FIFA Women's Under-20 World Cup opener between Canada and Ghana on Tuesday.

Steinhaus, nicknamed 'First Lady' of German referees will be assisted on the lines by compatriots Katrin Rafalski and Marina Wozniak with Hungarian Katalin Kulcsar serving as the fourth official.

The 35-year-old his top notch having officiated in two previous World Cups in 2008 and 2010 as well as the finals of the 2011 FIFA Women's World Cup in his native Germany.

The Black Princesses will play their host at the Toronto National Soccer stadium on Tuesday night hoping to start on a positive note.