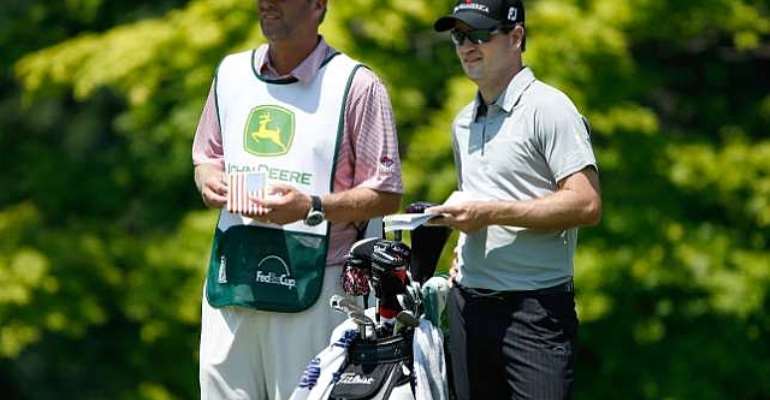 Johnson, the 2012 champion, carded an eight-under-par 63 at TPC Deere Run in Silvis, Illinois, matched by fellow American Harman and Sabbatini, who were also among the earlier tee-off times on Thursday.

Johnson and Sabbatini went bogey-free through their first 18 holes, while Harman carded nine birdies and a bogey.

So hot was Johnson's game, the world number 16 golfer said thoughts of breaking 60 were on his mind as he reached eight under with seven holes to play.

On a day of low scoring - just under two-thirds of the field shot even or under par - Americans Todd Hamilton and William McGirt produced rounds of 64, along with Australia's Steven Bowditch to share a tie for fourth.

Just two shots off the pace are American trio Robert Streb, David Toms and Kevin Tway after shooting 65s, and they are tied with Brendon de Jonge - after the Zimbabwean went bogey-bogey to finish his round on six under.

Defending a PGA Tour title for the first time in his fledgling career, Jordan Spieth finished the day with a 71 after battling his way to even par.

Spieth was two-over-par with three holes to play, but birdies on 16 and 17 gave the 20-year-old some momentum heading into Friday's second round.