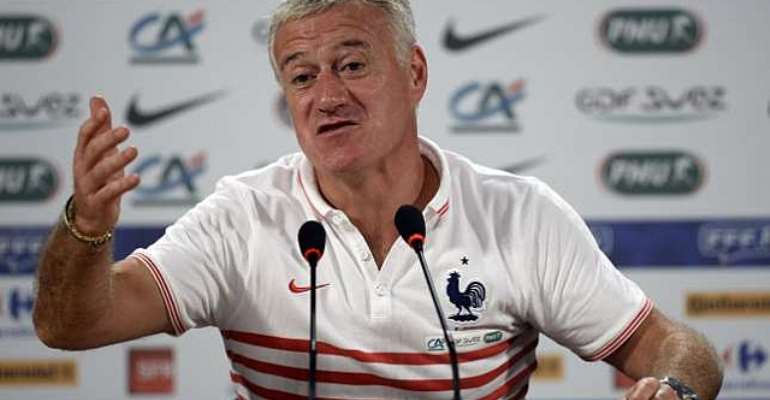 Arguably the most impressive of the eight remaining teams in Brazil, France face Germany at the Estadio do Maracana on Friday.

Deschamps said he was proud of what his side had achieved so far and believes even a last-eight exit would be considered a successful tournament.

"In any case, we haven't failed at this World Cup. That's for sure," he said.

"Now we're here. I am very proud that this team of France is found there. The players deserve it.

"With what they do from the beginning. I repeat, it's a great pleasure for me and my staff to be with them every day. To see them, to direct and accompany them, at times."

France were unable to watch Germany's 2-1 extra-time win over Algeria due to having to travel.

Deschamps said "comprehensive analysis" would still be completed before the clash in Rio de Janeiro.

"We will not change. The players did not see yesterday's game against Algeria because we were on the plane. It will be on loop on our televisions," he said.

"There will obviously (be) individual montages, but the German players, we know. They all play at big clubs. Many of them play at Bayern Munich. Our players know them, have seen them on television.

"We will do what it takes to give a comprehensive analysis and individual, before the game, definitely Thursday."