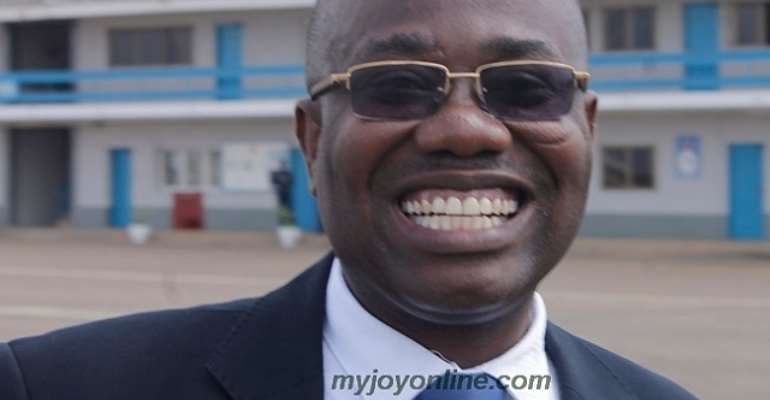 Ghana FA president Kwesi Nyantakyi will take legal action in the United Kingdom against the newspaper 'The Daily Telegraph', for claiming that he has signed to contract with a betting syndicate to fix results of Black Stars matches.

Nyantakyi rubbished the undercover report by The Telegraph, and Channel 4's Dispatches programme which sought to link him with match fixing saying it is a calculated attempt to cast a slur not only on his image but that of the GFA and the world governing body of football, FIFA.

The GFA boss revealed that the federation's seven-page response to the newspaper's allegations was not reflected in their report on their internet publication with 'The Telegraph' writing just one line of reaction from the GFA when it initially published the story.

Nyantakyi says the report is calculated to tarnish his image, using the Black Stars excellent showing at the World Cup to exact maximum traction for the supposed match fixing.

“This is a matter that has been well calculated to tarnish my image as well as that of the football association and even FIFA because they are releasing a report of untruth at a very critical time of the world cup to divert attention and also cast a slur on the image of the entire competition,” Nyantakyi said in an interview.

“We sent a seven-page response to their allegations last week but they chose only to publish just one line in their entire lengthy report they wrote in their newspaper. This clearly shows that they are up to mischief.

“All the international news agencies like the AFP, BBC and AP extensively reflected our points of view which brought balance to their reports but with the intention to deceive the public and stand up a spurious claim against me and the GFA, they (Telegraph) opted not to reflect our version of events.”

The GFA boss revealed that two men approached him last month over their interest in buying the right to organise friendly matches for the Black Stars and were asked to present their proposal for consideration. They did not tell Nyantakyi of any intention to fix matches.

Even before the GFA could respond to the proposal sent by the two men or even sign the contract the Daily Telegraph claims Nyantakyi and the GFA were ready to fix matches.

Mr Nyatankyi, who is a lawyer, said the GFA will file a legal suit against the newspaper “to come and establish an agreement if an agreement can be reached with a corporate body like the GFA by a draft contract.”

“The newspaper should brace themselves up and get ready,” he warned in a press briefing at the team's hotel im Maceio

However, in an interview on Monday, June 23, the GFA boss said he got to know the FIFA player agent through Mr Nketia in Ghana over a proposal to buy rights to Black Stars friendly matches for the next one year.

The two men, who are not licensed by FIFA to organise friendly matches, were probed by Nyantakyi whether they are experienced in organising matches and they replied that they have no experience but would engage a FIFA match agent to work on it.

Unknown to Nyantakyi, the two men had been secretly filmed boasting that they can fix the results of matches involving the Black Stars if they were handed the right to organise the matches.

He revealed that the two men and the undercover reporters piled pressure on him to sign the contract but he refused insisting that he wanted the Legal Committee advice and approval of the Executive Committee before he could commit to such a deal.

Realising that Nyantakyi is unlikely to sign the deal with travelled to Miami where the Black Stars were camping without prior appointment desperately seeking to commit the GFA boss who stood his ground only saying that a trial of the deal could be made only after approval from the Legal Committee and Executive Committee.

He assured Ghanaians to keep calm as, according to him, the report is a figment of the reporters' imagination.

“There's really no cause of alarm as far as I am concerned because nothing untoward has happened involving me or the federation and all the noise being made is of no consequence.”

Meanwhile, the Telegraph's has been forced to amend it reports on the internet in the wake reports of the report and reaction from the GFA which has been widely covered globally. I

It has also emerged that in their internet edition, which is available globally, they did not report that Nyantakyi signed the deal to fix matches.

But in the print edition in the UK they made it their headline story with sub-headline: 'Ghana chiefs sign contract with 'betting syndicate' to rig results of international matches'. This shows that they are aware the GFA might not get the print edition since it is only circulated in the UK.

Despite the seven-page response to the Telegraph, they only wrote this: 'Mr Nyantakyi said that he had not read the contract and he did not know about the deal to fix games. He said that the proposed match would have been handled by a licensed Fifa match agent and that he was unaware that Mr Forsythe had demanded £30,000 for the football association.'

The Daily Telegraph front page puts a sobering dampener on all the unbridled joy surrounding the Black Stars performance at the World Cup.