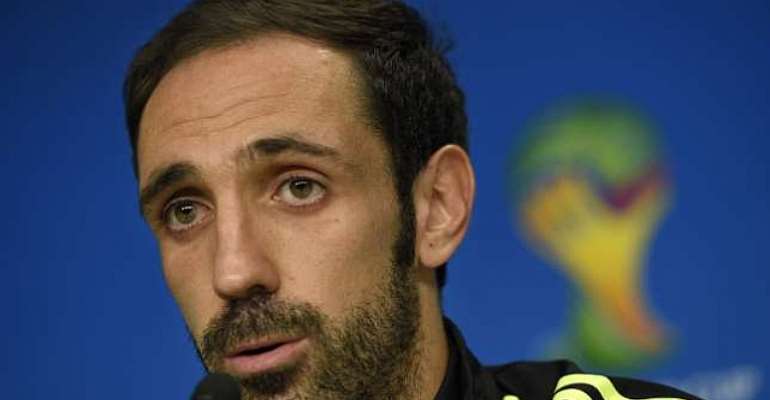 Spain's hopes of claiming back-to-back titles were swiftly dashed following resounding defeats to the Netherlands and Chile in Group B.

Vicente del Bosque's men came in for heavy criticism, with many pinpointing the world and European champions' aging squad as the reason behind their failure in South America.

But playmaker Xabi Alonso attributed their under-par showing to a lack of hunger and ambition after last week's last to Chile - assertions that reportedly angered his team-mates.

And speaking ahead of Spain's final World Cup match against Australia on Monday, full-back Juanfran feels there is no difference in the level of enthusiasm that saw the team triumph at UEFA Euro 2012.

"There has been a lot of talk about Xabi Alonso's comments," the Atletico Madrid man said. "He cleared those up later.

"I've seen the same level of enthusiasm and motivation in all the players as there was in the last European Championship, with practically the same group of players.

"We all had the dream of winning the World Cup. It wasn't to be because our rivals were better than us. There's no other reason, just that, and it's a shame.

"We're sad and we're hoping to beat Australia so we go away a bit less so."