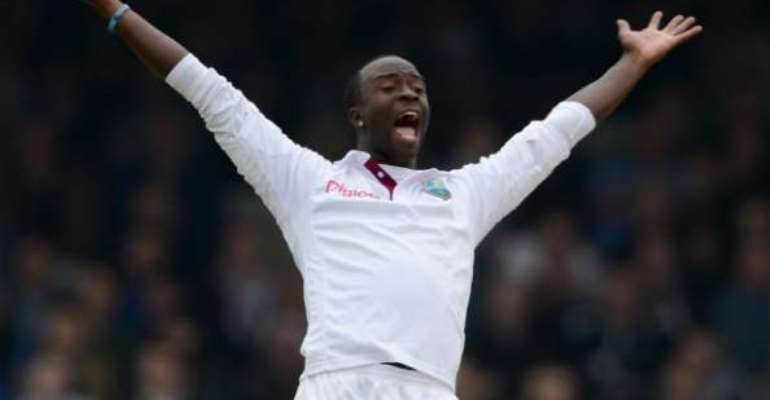 The West Indies are on the verge of victory in the second Test with New Zealand, heading into the final day on Friday.

New Zealand edged their noses in front - by 18 runs - with two wickets in hand in Port of Spain, with the West Indies poised to seal victory on day five despite the visitors bravely forcing a final day.

The hosts are eyeing a series-levelling result, after New Zealand won the first Test in Kingston, ahead of a likely series-deciding match in Bridgetown.

Tail-ender Mark Craig (29 not out) and wicket-keeper BJ Watling (38 not out) put on 45 for the ninth wicket, and will further look to frustrate the West Indies when they resume in the middle on Friday.

Craig and Watling took the tourists' second innings to 257-8, after Brendon McCullum's side started the day 166 runs in arrears.

At 73-1 overnight, New Zealand were unable to generate any momentum with the bat, as they failed to produce any half-century partnerships as wickets fell throughout the day.

Sulieman Benn (2-62) ousted opener Tom Latham (36) in just the ninth over of the day, as the towering off-spinner turned one out of the rough, which rocketed off Latham's glove and into Kraigg Brathwaite's hands.

Kemar Roach (3-53) was the best of the Windies' bowlers, and got the significant breakthrough of Kane Williamson (52) caught behind by wicketkeeper Denesh Ramdin.

Ross Taylor (36) and Watling tried to lead the Kiwis back into the contest but their fifth-wicket stand ended at 32 when the former edged a Shannon Gabriel (1-56) delivery through to Ramdin.

Hamish Rutherford (13) was Jerome Taylor's second scalp of the inning when he trapped him LBW, before Roach saw off Ish Sodhi (14) and Tim Southee (15) as the Windies closed on victory.

Craig's stubborn innings saw him fend off 102 deliveries, as he and Watling postponed the home team's celebrations.

The West Indies are eyeing their first Test victory in seven outings, with their last success coming in March 2013 when they thrashed Zimbabwe for a sixth consecutive win.

Ghana not likely to get next batch of COVID vaccines until m...
54 minutes ago