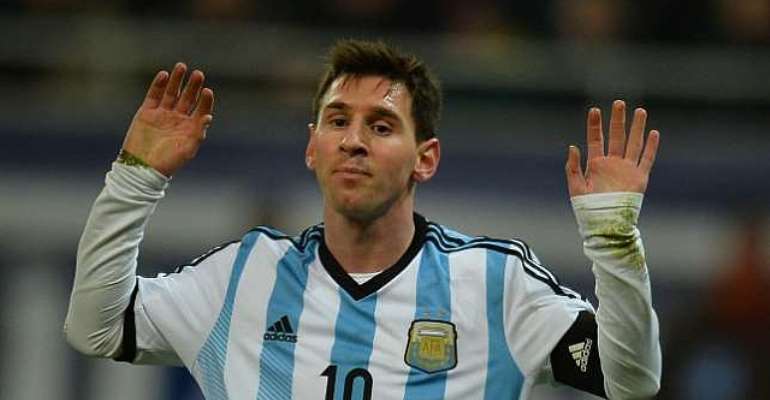 Messi has seen Argentina get eliminated in the quarter-finals of both his previous World Cups, with the four-time FIFA Ballon d'Or winner scoring just once in eight appearances at the finals.

The Barcelona star is yet to light up an international tournament in the same manner he does so regularly at club level, but is hopeful that can change in Brazil.

Messi also indicated that he would like to meet Barca team-mate and Brazil forward Neymar in the World Cup final on July 13.

"It would be a dream to get to the World Cup final," he is quoted as saying by Sport .

"For the way things are going I think we can get there. Hopefully I can play Neymar in the final, but if not him, then any team."

Argentina begin their Group F campaign against Bosnia-Herzegovina on Sunday, before then facing Iran and Nigeria.