Not looking good: Ghana in race against time to get Waris fit 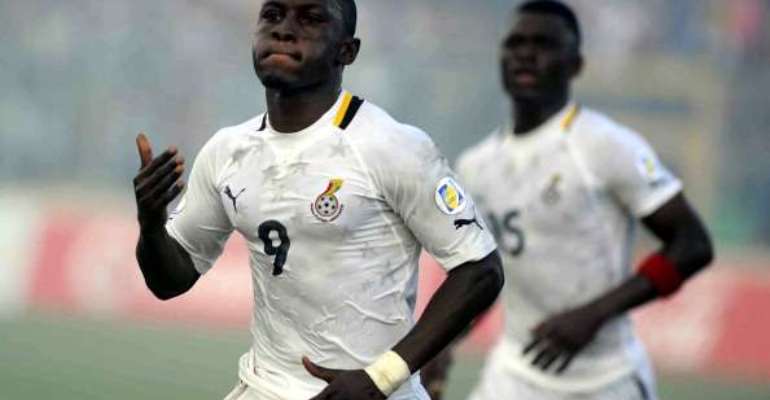 It will be nervous fingers crossed all around Ghana as the medical team of the Black Stars work around the clock to get striker Majeed Waris fit for the World Cup.

The 22-year-old gave Ghanaian football fans a massive scare when he was withdrawn due to an injury very early during Ghana's 4-0 thrashing of South Korea in a friendly on Monday night.

"He had a knock on his left thigh. We initially tried to see if he could go back to play but we realized it was an injury that needed to be taken care of an managed well," team doctor Baba Adam revealed.

"We did an MRI on the quadriceps and what we realized is that, there was a tear."

In what would be a huge blow to the Ghana's World Cup ambitions, Waris might miss the World Cup if he fails to recover ahead of the FIFA sanctioned deadline for squad changes, which falls on the 15th of June -- a day before Ghana's opener against the US in Natal.

Dr Adam said that the medical team are keenly monitoring the injury situation and will do their best to avert the possibility of the Right to Dream Academy product missing out on the Mundial.

"We hope to get him on to the field again pretty soon. However, we are still monitoring him to the deadline when we will give our final statement on his state of affairs," Adam said.

"The FIFA deadline is 15 [June], so we will monitor till that day and see how things turn up."

Ghanaian football fans will hope that the diminutive Waris -- who played an integral part in Ghana's qualification for Brazil with three goals -- recovers early enough to rejoin Ghana's attack ahead of huge tests against the US, Germany and Portugal.

Capped nine times for Ghana, the former Swedish League top-scorer is hoping to participate in his first ever FIFA World Cup.

Soldiers will die more in any order to shoot to kill galamse...
3 minutes ago

We see politicians flaunting cars, houses in less than four ...
24 minutes ago