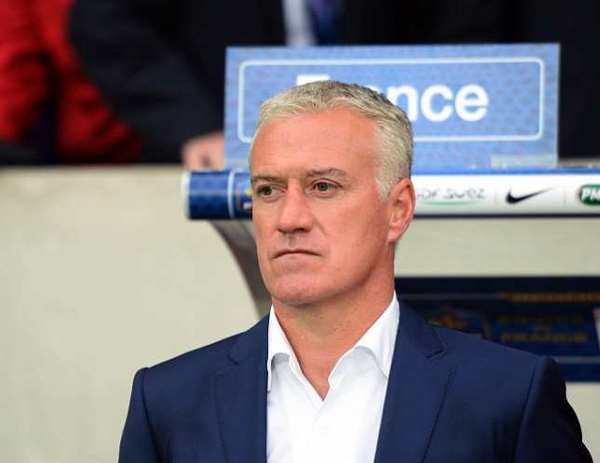 Karim Benzema, Blaise Matuidi and Antoine Griezmann all scored twice as France destroyed Jamaica in their final friendly before the FIFA World Cup, which starts on Thursday.

Yohan Cabaye and Olivier Giroud were also on target for Deschamps' team, who put the loss of Franck Ribery to injury behind them with an excellent showing.

But Deschamps was keen to put the performance at the Stade Pierre Mauroy into perspective.

"It (the performance) was full of confidence. But it does not give us insurance for the first game of the World Cup," Deschamps told French TV station TF1.

"I know what you (journalists) are going to say, we met a team full of tourists. But I prefer to remember the merit of my players.

"(The result) should be put into perspective. A completely different match awaits on June 15 (against Honduras)."

Meanwhile, Benzema was pleased to head into the World Cup with goals under his belt.

"We all played well and made this an easy game," Benzema said.

"It's good for the confidence to win and score. I felt good and I am confident."

France start their World Cup campaign versus Honduras in Porto Alegre on June 15.