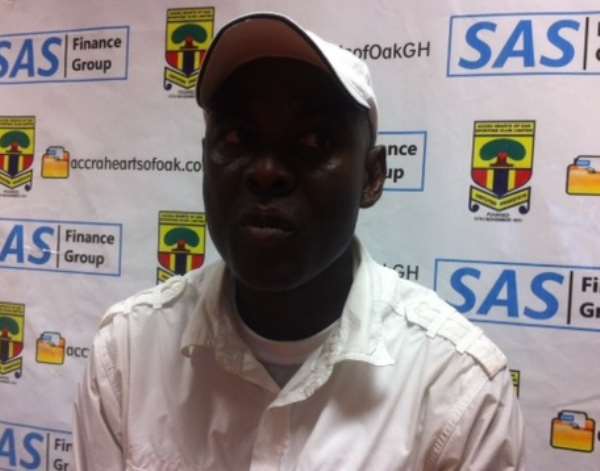 By Ameenu Shardow
Follow on Twitter @alooameenu
Berekum Chelsea says they are prepared to release coach Tony Lokko if he desires to join Hearts of Oak as has been reported.

The ex Tema Youth trainer has been linked to join the Phobians this off-season as the substantive replacement for Mohammed Polo.

Lokko has just come off a difficult season with Berekum Chesea where he led the side to survive Premier League relegation on the final day.

He now looks to make the step up to Hearts of Oak as he believes he is the one to turn things around for the Phobians.

Berekum Chelsea however say they will have no problem at all in letting go of Lokko if he truly wants to leave.

“If Tony Lokko wants to go to Hearts of Oak then he has our blessings,” Chelsea General Manager Nana Oduro Sarfo told Power FM.

“If it is true that he is going to Hearts of Oak, we have no problems. We can move one without Tony Lokko.”

Berekum Chelsea survived the drop on the final day having won 10, drawn 10 and lost 10 in their 30 games played in the just ended First Capital Plus League.