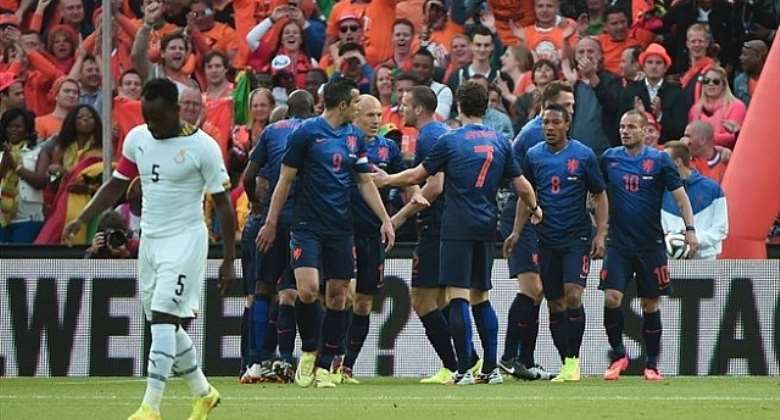 King Faisal president Alhaji Karim Grusah says Ghana coach Kwesi Appiah will have to work on his strike force if his team is to excel at this year's 2014 FIFA World Cup.

Robin Van Persie continued his fine form for his country by scoring the winner as the Netherlands beat Ghana 1-0 in Rotterdam on Saturday night.

Louis Van Gaal's team dominated proceedings from start to finish with the Black Stars restricted to half chances throughout the game.

Grusah says rapid improvement is needed at the strike force if impact is to be made at the world cup.

“I think the team did well not many incidence to talk about. From a sincere point of view I don't think we tested their goalkeeper,” Grusah told GHANASoccernet.com.

“I feel we could have done more and that is where the coach must start working on.

“Goals decide games and to play a whole game without a clear cut chances is not so encouraging.”

Ghana's final test match is against South Korea on 9 June in Florida.