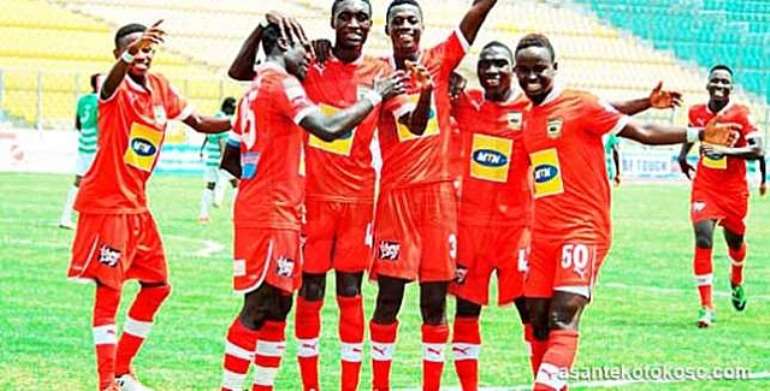 The youth team of Asante Kotoko, who had a very bad day on Wednesday by losing their first two games against Benfica and FC Zurich turned the scales in their favour on match day 2 by putting up splendid performances on Thursday.

The Porcupine Warriors drew their first game on Thursday by settling for a goalless draw against Villarreal, before they thrashed Blue Stars fc to finish 3 in a group of 5 clubs, hence securing the berth to engage Olympiacos who also came third in the other group for the 5th place.

Asante Kotoko who began the tournament on a slow note really made their motto  of 'Kum Apem A, Apem Beba', which literally means if you kill thousand,  thousand will come, talk defeated the Greek giants Olympiacos by 2-0 to complete the tournament on a good note.