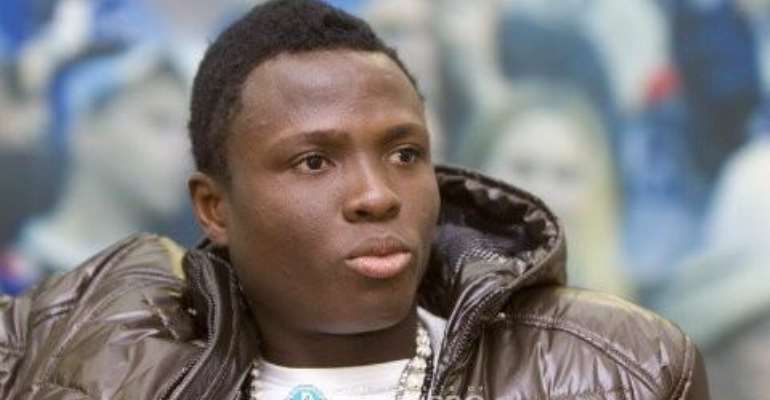 Ghana defender Samuel Inkoom has admitted that the Black Stars are not the best side at the 2014 World Cup but insists they will fight to do better then their quarter-final appearance in the previous tournament.

A vital cog in Ghana's much-heralded FIFA U-20 World Cup-winning side in 2009, the full back also played for the Black Stars in their knock-out matches at South Africa 2010 – both of which were extra time thrillers.

A 2-1 win against the USA in the Round of 16 gave way to the infamous penalty shoot-out loss in the Quarter-finals against Uruguay in which a Luis Suarez handball denied the side Africa's first-ever berth in the World Cup semi-finals.

A right back who can also play on the left or in midfield and is known for his marauding runs forward, Inkoom explained Ghana's ambitions for the tournament.

“We know we are not the best team at the tournament, but we are obsessed by going a step further than we did in South Africa. We are realistic about our target, which means we are cautious in measuring our optimism and want to keep working harder every step of the way to achieve our desire in Brazil,” Inkoom told FIFA.com.

However, the challenge of their draw into Group G with European heavyweights Germany and Portugal and old foes the United States is not lost on the 24-year-old.

“Our group is a very tough one indeed. A look at the FIFA monthly ranking tells it all for Germany and Portugal who are in the top three. You cannot overlook the USA as well,” he said.

“They are all very good sides, we appreciate their quality and know it must take more than 100 per-cent effort to get a result off each.”

Ghana will open their campaign against the United States before taking Germany and Portugal.