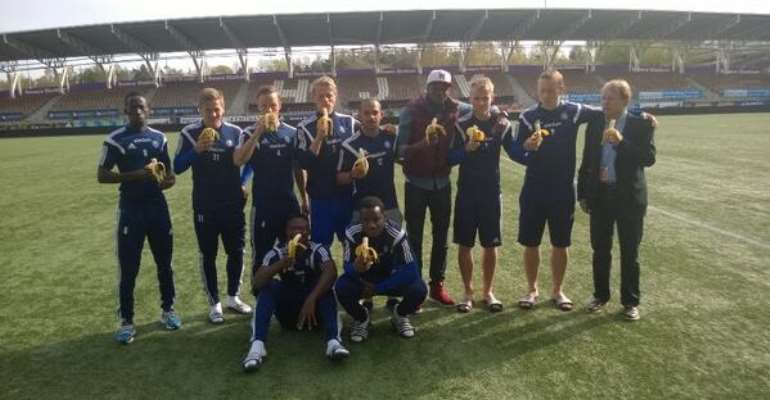 Gideon Baah and his Finnish side Helsinki have rallied around the Barcelona defender Dani Alves after he took a stand against racist abuse by eating a banana thrown at him during Sunday's 3-2 victory over Villarreal.

The Brazil full-back was preparing to take a corner at El Madrigal stadium when the banana landed on the pitch next to him and he responded by eating it.

Baah and his teammates took a group photograph eating a banana on Twitter with the caption: “We are all monkeys, we are all the same. Say no to Racism!!”.

The defender joined his club this term after a flourishing first season with FC Honka.