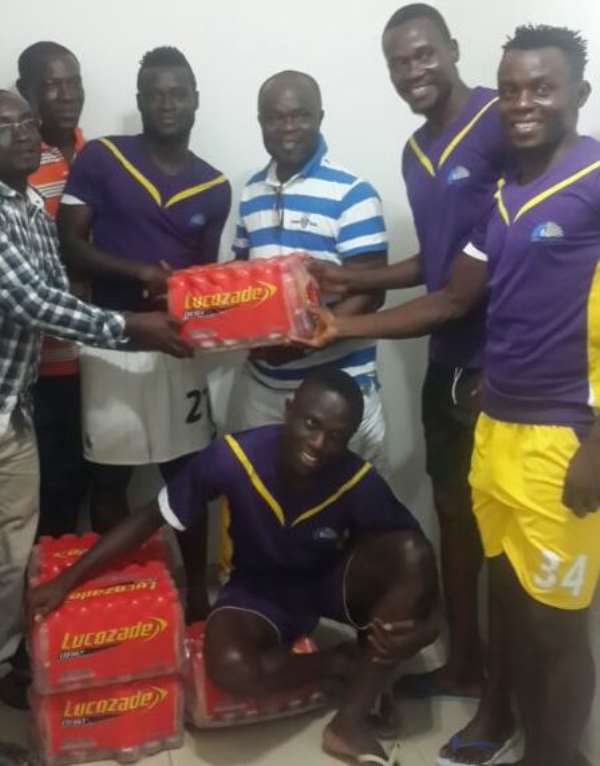 By Rahman Osman
Follow Rahman on Twitter: @iamrahmanosman
Berekum Chelsea have donated cartons of assorted energy drinks to Medeama SC ahead of their must-win Confederation Cup tie against AC Leopards.

The Yellow and Mauves, the only Ghanaian team playing in Africa, face an uphill task of overturning a 2-0 deficit from the first leg to reach the Group stage.

Medeama will also be without their head coach after he was sent off in the first leg for challenging a referee.

“This is our widow's mite to a team that showed us love in a difficult moment,” Oduro Sarfo told GHANASoccernet.com.

“They face a final tomorrow and we have decided to support them in our small way.

“We will be in the stands to support them tomorrow knowing victory shall be ours in this crucial encounter against Leopard.”

It will be recalled that Medeama paid the winning bonuses of Berekum Chelsea when they reached the Group stage of the CAF Champions League in 2012 as a reward package.