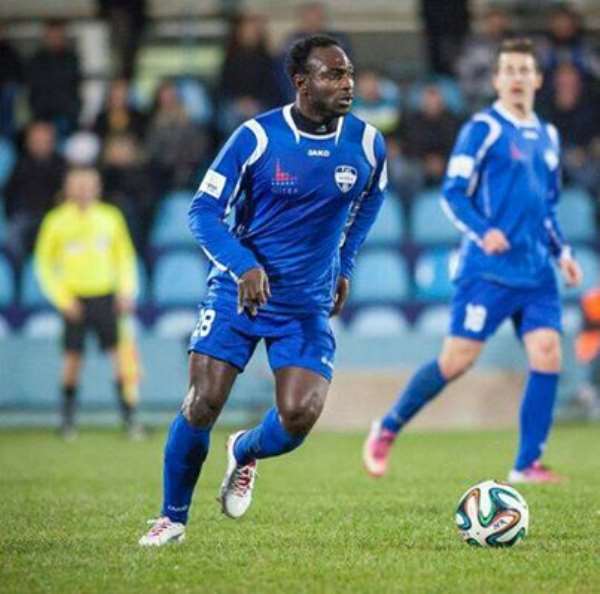 By Rahman Osman
Follow Rahman on Twitter @iamrahmanosman
Experienced trainer EK Afranie has advised Ghana coach Kwesi Appiah not to include injury-prone John Mensah in his World Cup squad if there are doubts about his fitness.

The 31-year-old has been battling a recurring back problem since joining Slovakian topflight side FC Nitra.

Mensah has returned to top-tier and there are increased calls for his inclusion in Ghana's squad to Brazil because of his leadership qualities at the back.

But Afranie argues that the former Sunderland centre-back has not got the requisite fitness to be named in Ghana's squad.

“John is an absolute world class defender for me but we must also admit that his injury concerns have slowed him down which makes it delicate to include him,” Afranie told GHANASoccernet.com

“A fit John Mensah for me is a good call but if we are not sure of his fitness level then I beg to differ.

“He has been there and seen it all.  If for a second we have a doubt about his state let's not risk it might backfire and leave us short of options.”

Mensah would be looking to make is third world cup appearance after leading Ghana to an impressive quarter finals finish four years ago in South Africa.