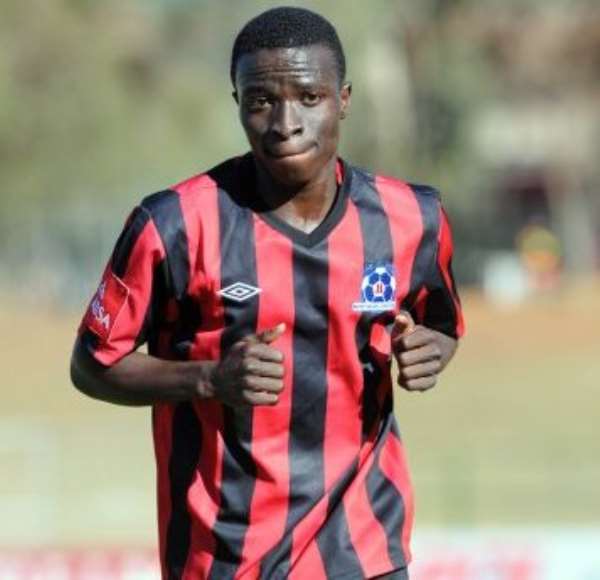 Ghanaian winger Frank Sarfo Gyamfi has refused to dismiss a possible move to Asante Kotoko but says the decision is not his to make.

The 19-year-old almost joined the Ghanaian champions at the start of the current campaign from South African club Maritzburg United.

The move was designed to give the Ghana U20 star regular first team action as he had just returned from a troublesome injury.

The move however fell through in the last minute which saw the ex Wa All Stars player return to his South African club.

And though enjoying regular playing time under Steve Komphela at Maritzburg United, Sarfo Gyamfi refuses to rule out a return to the Ghanauan top flight with one year remaining on his existing deal with The Team of Choice.

“As to whether I will play for Kotoko or not depends on officials at my current club,” he told Metro FM.

“I wanted to join Kotoko because I wasn't getting enough playing time here but now I am getting regular playing time.

“I have one year left to run on my current contract [with Maritzburg United] and therefore it depends on them whether they will allow me to join Kotoko.”

Gyamfi joined Maritzburg United in 2012 and was part of the Ghana U20 team that clinched silver at the 2013 Africa Youth Championships in Algeria.

NPP may lose 2024 elections if Bawumia is imposed as flag be...
53 minutes ago