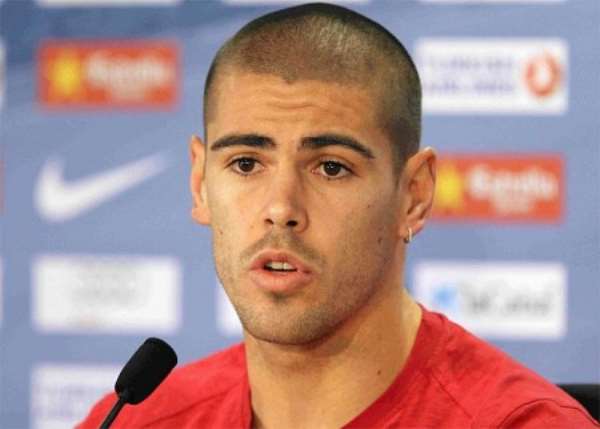 Barcelona and Spain goalkeeper Victor Valdes has undergone successful surgery on his knee injury and is expected to be sidelined for seven months, the Catalan giants have announced.

Valdes tore the anterior cruciate ligament in his right knee during Barca's 3-0 win over Celta Vigo on March 26 after landing awkwardly while saving a free-kick.

The 32-year-old Spain international went under the knife in Augsburg, Germany, on Monday morning and Barca confirmed on their website the surgery had gone successfully.

Barca also announced that Valdes would likely be absent for seven months.

A statement on www.fcbarcelona.com read: “Victor Valdes has been operated on this Monday morning by doctors Ulrich Boenisch and Ricard Pruna in Augsburg on his torn anterior cruciate ligament.

“The knee's internal cartilage has been sewn up and the operation was concluded successfully. Valdes will be out of action for approximately seven months.”

The long-serving custodian has long planned to leave the Nou Camp at the end of his contract in June, with Marc-Andre ter Stegen having already agreed a summer move from German side Borussia Monchangladbach.

Valdes was set to leave Barca on a Bosman free transfer, with both Manchester City and Monaco linked with the goalkeeper. However, Barca could now offer the shot-stopper a one-year deal to cover his rehabilitation from injury as he may not play again until 2015.

Valdes has played 535 senior games for Barca since making his debut over a decade ago, and won six Primera Division titles, three Champions League crowns and two Copa del Reys among a host of other trophies.

He was also part of the Spain squad that won the 2010 World Cup and 2012 European Championship.