The Profound Gist In Football 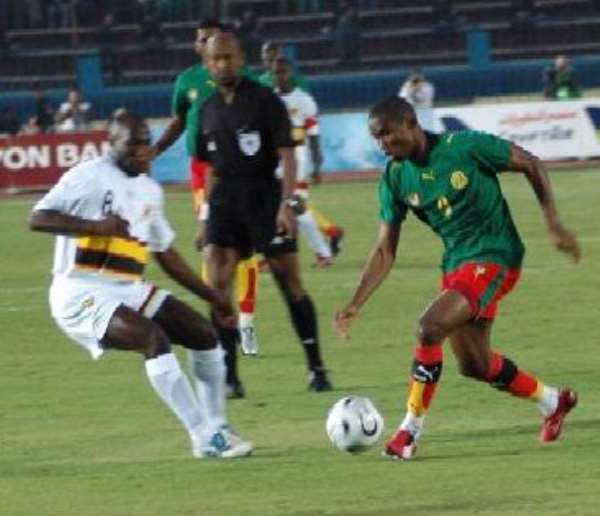 Football is something that can not be exonerated from our everyday lives. To the best of my knowledge, countless of people across the continent lack or do not know the real playing policy involvement in football which as a result has led them to show lackadaisical approach in football and so I have come out to declare to them vividly about how football is being played diametrically.

Everybody's game is football, otherwise known as soccer. It is played on a football pitch. Each game involves two teams, each fielding eleven players,a goalkeeper,defenders,midfielders,left and right wingers and attackers.These teams needed to emerge in different hue of jerseys with different identification number on them.They each must have a captain.

However, it is played over a total period of 90 minutes which is divided into two halves.In the course of the game, each team can make up to three substitutions but not more.In the first half, one team takes one half of the field and other team, the other half.

Consequently, the game is solemnly supervised by a referee who is assisted by two linesmen or assistant referee on each flank of the field.Once the teams are ready, the captains toss for the portion of the pitch they would play from.The winner of the toss chooses that half of the pitch they prefer to start the game from and the loser has the first kick at the ball.Once the teams are set with the goalkeeper in the goalpost, the defenders,midfielders,wingers and strikers are in their various positions, the referee blows his whistle for the game to commence.

Moreover, each player is permitted to use any part of the body to kick the ball except the arm or the hands.when the arm or hands come into contact with the ball, it constitutes an infringement against the player concerned and the advantage of the opposing team.this rule exclude the goalkeepers who can save the ball from any angle with any part of their bodies, particularly their hands.

Furthermore,the players both strive to play the ball into the goalpost of the opposing team,and once this happens it constitute a goal for the scoring side.There are particular rules on modes of tackling an opponent and when a player goes against these rules the referee may caution him, or flash a yellow card at him without any joke.A yellow card also serves as a form of a dire caution, where the infringement is serious the referee may flash a red card at the player and that automatically expels the player from the game.

After 45 minutes of play, the game goes on recess.The two teams swaps the portions of the field they occupy upon resumption for the second half.At the end of the game, the team with the higher number of goals emerge as the victorious side.However, the game is declare draw when each side fails to score the other or when both teams score the same number of goals.

Finally, and that is why you and I love, cherished the game of football because it is exciting and a great source of body exercise for everybody.