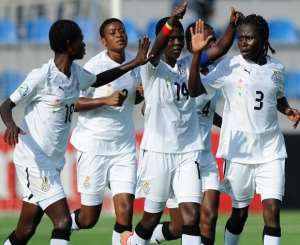 Ghana's U-17 girls team the second of their two-legged international friendly against Nigeria after a 2-1 reverse at the Accra Sports Stadium on Sunday.

The Black Maidens conceded an early goal through Aku Cynthia Onyedikachi which remained until the break.

But the Flamingoes showed their superiority and snatched the match winner seven minutes from time through Ajibade Rashidat.

The Black Maidens lost the first leg encounter 3-1 in Lagos.

Both sides are preparing for the 2014 FIFA U-17 Women's World Cup in Costa Rica which starts in March of this year.

Zambia are the other Africa representative at the World Cup.