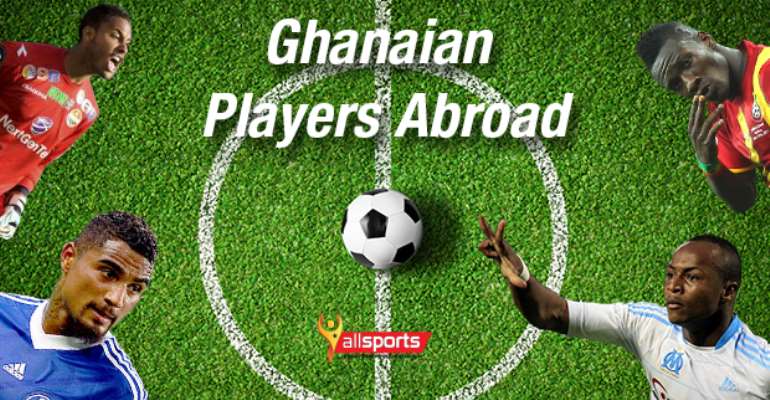 Michael Essien did not get the chance to make his debut for new club AC Milan when they entertained Torino at the Stadio Giuseppe Meazza on Saturday. The former Chelsea player could only make the bench for his new side.

A Ghanaian player Sulley Muntari was however name in the starting XI for AC Milan after returning from his match ban in the Italian Serie A. Muntari continued his great impact on the Milan team before his ban creating AC Milan's only goal in the game upon his return with Rami the scorer.

AC Milan's goal was an equalizer to Immobile's 17 th minute strike for Torino as the game ended 1-1. Sulley Muntari was replaced by Nigel de Jong in the 63 rd minute without any booking.

Emmanuel Agyemang Badu played the full game for Udinese in the Italian Serie A against Bologna. Di Natale scored from the penalty spot before Lopez added a second in the dying minutes of additional time to give away side Udinese a 2-0 victory on Saturday. Udinese are 14 th on the league table with 23 points from 22 games.

Jordan Ayew got another full game under his belt for his new club Sochaux but still continues to search for his first goal in the club's colours. Sochaux entertained Nantes at home in the French Ligue 1 on Saturday as Sunzu's only goal in the 45 th minute was enough to secure a win for the home side. Sochaux lie 19 th on the log with 15 points from 23 games.

Abdul Majeed Waris got a starting position for Valenciennes when his side travelled to play Saint Etienne in the French Ligue 1. The Ghanaian and his away side were humbled to a 3-0 defeat in the game on Saturday. Majeed Waris played in the entire duration of the game without a booking.

Ghanaian midfielder Emmanuel Frimpong was sent off on his debut for Championship club Barnsley earlier this afternoon. The red card, which resulted from his second yellow in the match came after just 30 minutes into the game against Sheffield Wednesday, with the scores tied at 0-0.

The cards were 6 minutes apart, with the first coming in the 24th minute, and the second in the 30th, both of them bad challenges. Frimpong signed for Barnsley from Arsenal on transfer deadline day, and would have wished for a better start to his Barnsley career.

The move to Barnsley was seen as a means of getting himself into the Black Stars team for the World Cup despite his chances being slim.

Wolfsburg defied the odds against them to score an equalizer in the 65 th minute but Kevin-Prince Boateng rose to the occasion to score the winner for Schalke 04 in the 81 st minute as the home side won 2-1 on the day. The Ghanaian was replaced by Max Meyer in the 86 th minute. Follow @@kboakye92 https://twitter.com/@kboakye92