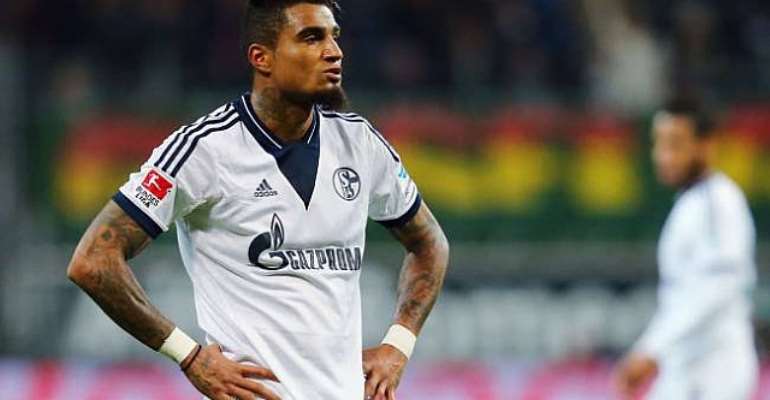 Kevin-Prince Boateng has been attacked by former German star

German legend Lothar Matthäus has directed a scathing attack at Kevin-Prince Boateng insisting the Ghana international is not helping Schalke because of his persistent injuries.

Matthäus, who is highly respected in German football circles, is not capable of leading any side because of his recurring injuries.

The ex-defender believes Boateng was hurriedly sold by AC Milan to Schalke in the summer because the Italian on the cheap becase they know his injuries were mounting.

Due to the persistent knee problems the midfield star travel to Munich every week for treatement  with his physio Ralph Frank to help control the problems of the knee.

The 26-year-old joined Schalke in August from AC Milan for 12m Euros in a shock swoop but has struggled with persistent knee problems since the move to the Bundesliga club.

Matthäus, who is highly respected in German football circles because of his achievements for Bayern Munich, says Boateng is currently a part-timer at Schalke.

“I believe that the authorities in AC Milan already knew why they sold him (Boateng) so cheap and they at Schalke knew why they got him so cheap,” the 52-year-old former captain of Germany Matthäus said on Sky TV.

“For a player who makes the difference, like Boateng,  12 million Euros is a bargain.

“If he always flying in business class from Dusseldorf to Munich, where he will be treated for two or three days, then he's missing a week.

“A leader should not only lead in matches but also during the week in the training sessions. This of course disturbs the rhythm.

“Only a fitter Boateng can help Schalke, because his wages are very high,” Matthäus said minutes before Schalke thrashed Stuttgart 3-0 over the weekend.

The Ghana international answered Matthäus on the pitch by playing a key role in the win over Stuttgart in the Bundesliga on Saturday.