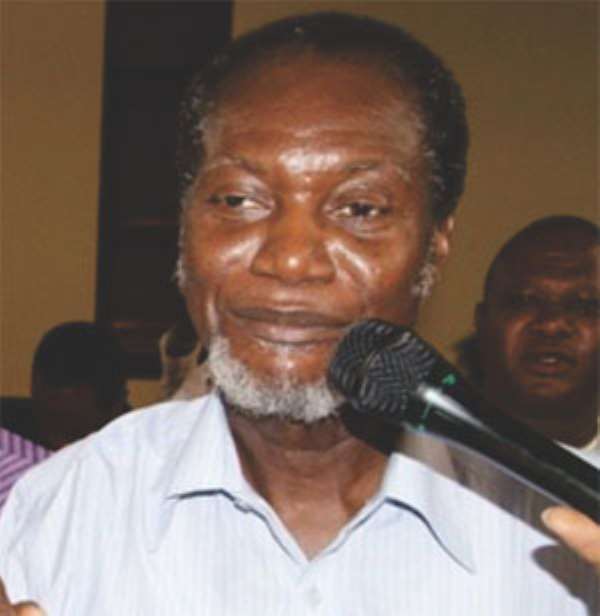 The Progressive People's Party (PPP) has promised to defy police orders and embark on an anti corruption demonstration today.

According to the party, the ban imposed on demonstration in the country by National Security is an infringement of the constitutional rights of members.

The Ghana Police Service on Friday, September 6, 2013, issued a letter to the PPP restraining the party from embarking on the planned demonstration.

The Police said it would not be able to provide the needed protection due to the ban on all public demonstration by the National Security earlier this year, which is still in force.

The Police therefore sought an injunction from the court against today's demonstration by the PPP.

The Director of Police Public Relations Unit, Deputy Superintendent of Police ( DSP), Cephas Arthur told DAILY GUIDE in a telephone interview that they had secured an injunction against the demonstration and had served the party's leadership.

In view of that, he said 'the police will arrest the leadership of the party and its members if they go ahead with the demonstration in spite of the court injunction place on the demonstration.'

However, the PPP, in a statement signed by its National Chairman, Nii Allotey Brew-Hammond, said the demonstration would take place with or without police protection.

'We find your decision not to provide us with the needed police protection for our planned demonstration scheduled for September 10, 2013, unacceptable. As far as we are concerned the National Security ban constitutes an infringement on our constitutional rights to express ourselves through demonstrations,' he said.

This, he said, was because 'your request for us to reschedule the planned demonstration without offering a timeframe constitutes a grave abuse of your administrative powers with dire consequences for our corporate plans, aims and objectives.'

To that end, he stated emphatically 'we regret to inform you that we are not able to accept your request for us to reschedule the demonstration.'

'Our demonstration against corruption will therefore take place as planned. Should you decide to change your mind and cooperate with us we will be happy to welcome your support,' Brew-Hammond noted.

In a related development, General Secretary of party, Kofi Asamoah-Siaw indicated that they would violate the police directive and stage a demonstration against corruption in the Mahama administration, which he claimed has been institutionalized.

He accused government of influencing the police and said they would resist the orders from the police.

Mr. Asamoah Siaw, who was speaking on Ark FM in Sunyani, said they informed the police about the intended anti-corruption demonstration but the police stopped them, citing the Supreme Court petition hearing.

He mentioned that they wrote a letter to the police after the hearing, which the police accepted.

But the police called them over the weekend to inform that they can't go on the demonstration because the police officers that were dispatched to other regions would return on the day they would demonstrate.

The General Secretary of PPP, who was upset about the police's stance, said they would go ahead to stage the demonstration.

According to him, bribe and corruption is everywhere in the country.

'The various institutions taking bribes have made the country very shameful to live in and that is why we need to demonstrate,' he added.

He called on the general public to join the party to hit the streets to demonstrate against corrupt practices in the country.

On electoral reforms, the PPP scribe said his party wrote to the Electoral Commission on some reforms before they came out to announce that the political parties and the public should bring in their proposals.

He said his party would offer proposal on electronic voting and other things to the Commission for consideration.