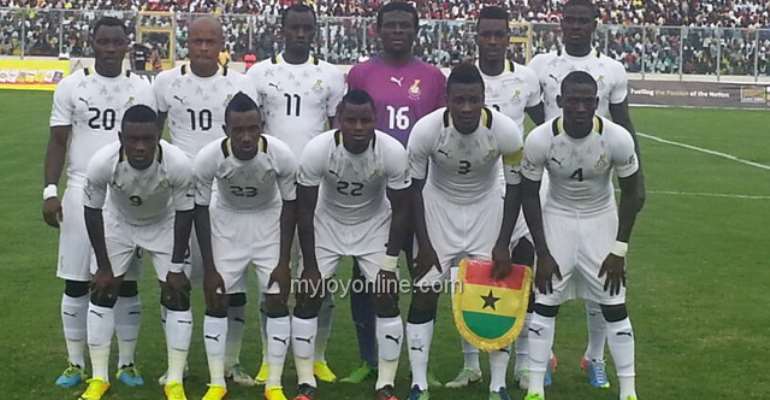 As one of the seeded teams going into the draw for the knockout stage, the Stars will avoid facing seeded teams like Cote d'Ivoire, African champions Nigeria and Algeria, who were winners of groups B, F and H respectively.

However, the draw could pit the Black Stars against surprise group winners like Ethiopia, Cape Verde, Burkina Faso, Senegal or traditional giants Cameroun and Egypt.

The final seedings will be based on the latest FIFA rankings to be released on Thursday and will create five two-leg ties, with the winners going to the finals in Brazil.

The draw for the playoffs will take place in Cairo on September 16, with the two-leg ties coming off in October and November.

After reaching the final stage of the qualifiers, Ghana Football Association president, Kwesi Nyantakyi, said he was hopeful the Stars would make it to their third successive World Cup finals but expected the playoff to be very tough.

“At that [final round] stage, you must bear in mind that no team will be cheap. Any team that has made it this far is strong and you cannot underrate any team at all,” Mr Nyantakyi told ghanafa.org.

Similarly, Coach Appiah is bracing for a tough playoff and is leaving nothing to chance to ensure his players are in the best of shapes for the two-leg encounter.

“We are praying that all our players get playing time with their various clubs,” Appiah said last Saturday morning, a day after the tense qualifier.