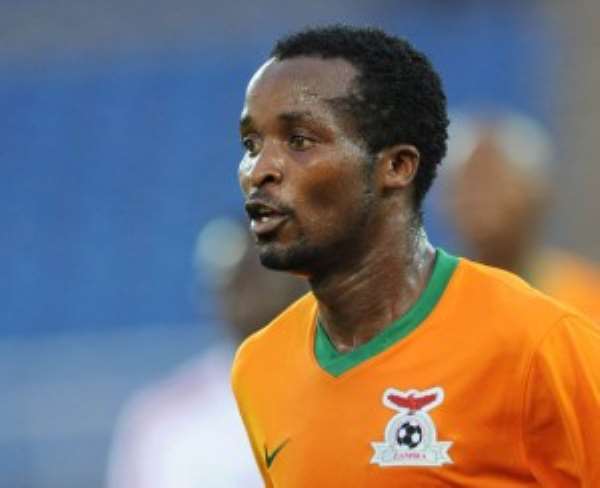 There were fears about the Chipolopolo's fate after he looked to have collapsed after clashing with Black Stars defender Jonathan Mensah in a tussle for an aerial ball.

But the fears have been allayed and Musonda said he thought he would go blind after the clash.

He is confident that he will recover soon.
Musonda was replaced by Emmanuel Mbola in the 44th minute.

Musonda, who also suffered an injury during the 2012 Africa Cup of Nations final against Ivory Coast, said there is need to maintain the same team as it has a bright future.

Musonda, who has been capped 108 times for the Chipolopolo said he is disappointed that Zambia failed to make it to the last round.

His right eye was covered in plaster.
The Golden Arrows defender spent two months on the side-lines after sustaining an ankle injury during the 2012 AfCON final against Ivory Coast in Gabon.