Chelsea: Mikel, Ba, Eto’o registered but Essien ruled out for the Champions League 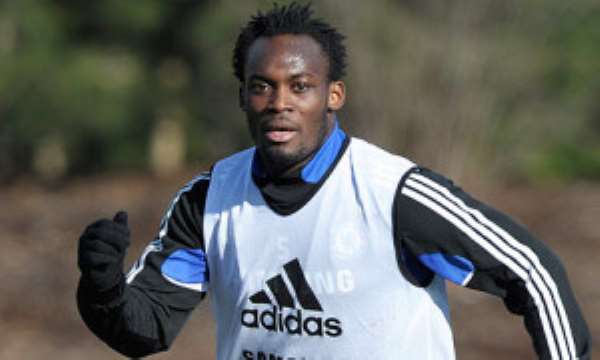 http://en.africatopsports.com/wp-content/uploads/2013/09/Michael-Essien-001.jpg Michael Essien has been very bad in this week. In selection with the Black Stars to face Zambia in the qualifiers of the 2014 World Cup, the Ghanaian first learned of the death of his father. Despite the mourning, the “Bison” who has have not joined the selection for three years wants to play this game.

This Wednesday, the list of the Chelsea players for the chnampions league is unveiled by UEFA. Michael Essien is not there. When you know his relationship with Jose Mourinho , things do not necessarily go well. Besides, Demba Ba finally blocked by the “Special One” at Chelsea this summer is going to attend the C1.

Like the new defector from Anzhi Makhachkala, Samuel Eto'o , the Nigerian John Obi Mikel complements the African players of the Blues to participate in the C1 group stage of this season.