Kevin Prince Boateng Will Be Fit For Ghana-zambia Game 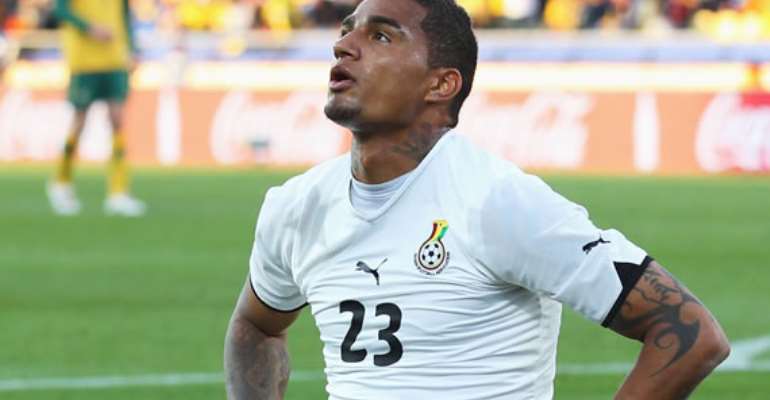 Kevin-Prince Boateng will be ready to face Zambia

The 26-year-old was excluded from the Milan squad that suffered a 2-1 defeat in their season opener against Hellas Verona on Saturday.

Boateng suffered a thigh injury in the Rosonerris 1-1 stalemate against PSV Eindhoven in the Uefa Champions League play-off tie on Tuesday.

The enforcer was able to participate in Milan's last training session on Friday and could have played part in the game at the Stadio Marc'Antonio Bentegodi but Milan did not want to risk him for their Champions League game during the mid-week.

Massimiliano Allegri will have Boateng back on Wednesday for the game against PSV.

Ghana coach James Kwesi Appiah is set to name him in his squad to face Zambia on September.