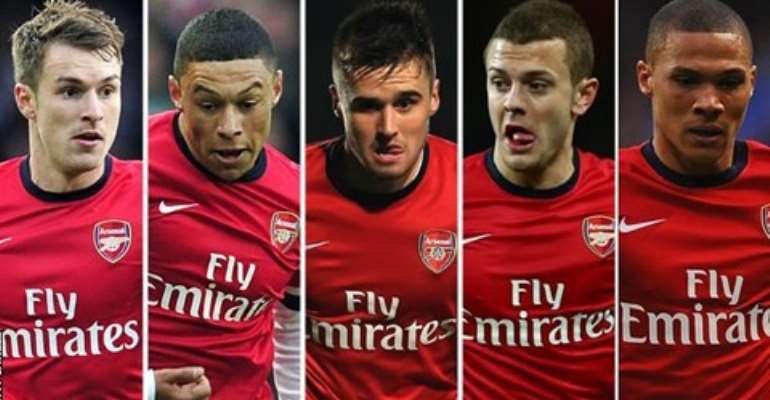 Arsenal outclassed Fenerbahce 3-0 in Istanbul to take control of their Champions League playoff tie as the five home teams failed to muster a win between them in Wednesday's first leg matches.

Schalke 04 were held 1-1 at home by Greek side PAOK, Egyptian 21-year-old Mohamed Salah scored twice to lead FC Basel to a 4-2 win at Ludogorets Razgad and Austria Vienna, who have never reached the group stage, won 2-0 at 10-man Dinamo Zagreb.

Dinamo had substitute Ante Rukavina sent off by referee Howard Webb for a dangerous challenge on an opponent less than one minute after coming on to the field.

Steaua Bucharest, the only former champions in action on Wednesday, were held to a 1-1 draw at home by Legia Warsaw.

Arsenal travelled to Turkey under a cloud and with questions over manager Arsene Wenger's lack of activity in the transfer market after opening their Premier League campaign with a 3-1 home defeat by Aston Villa on Saturday.

But they proved far too strong for a poor Fenerbahce side and, although they had nothing to show for their dominance in the first half, the goals flowed after the break.

Kieran Gibbs turned in Theo Walcott's low cross in the 51st minute before Aaron Ramsey scored with a 20-metre shot which eluded keeper Volkan Demiral and Oliver Giroud completed the scoring with a penalty.

Fenerbahce were banned from the European competition over a domestic match-fixing case but re-admitted by the Court of Arbitration for Sport (CAS) pending an appeal.

The decision is due to be announced by CAS on Aug. 28, one day after the second leg when the Turkish side will almost certainly be out of the competition in any case.