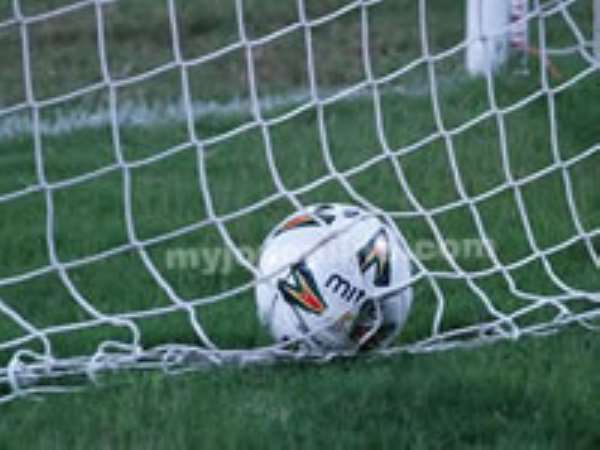 
AshantiGold were disappointing at home again by drawing 1-1 with a nine-man King Faisal in an outstanding league match and Heart of Lions beat RTU 1-0 in Kpando.

The match which was scheduled for Sunday night was rained off and had to be played on Monday.

Faisal adopted an attacking approach from the blast of the whistle and got the opener on 27 minutes through striker Abdul Wahab.

Wahab connected home a neat cross from Kwadwo Boateng and held unto it until the end of the first half.

Ashgold piled pressure after the break and substitute striker Eric Fordjour was tormentor-in-chief but Faisal keeper Iddrisu Ibrahim was superb in post.

The Miners effort paid off and snatched the equalizer through Edmund Owusu Peprah on the hour mark.

Fordjour laid a perfect pass across the goal line for Peprah to tap home into the yawning net.

At the Kpando Park, Dutchman Hans Van der Plyum made a winning start to his reign with a 1-0 win over table feeders Real Tamale United.