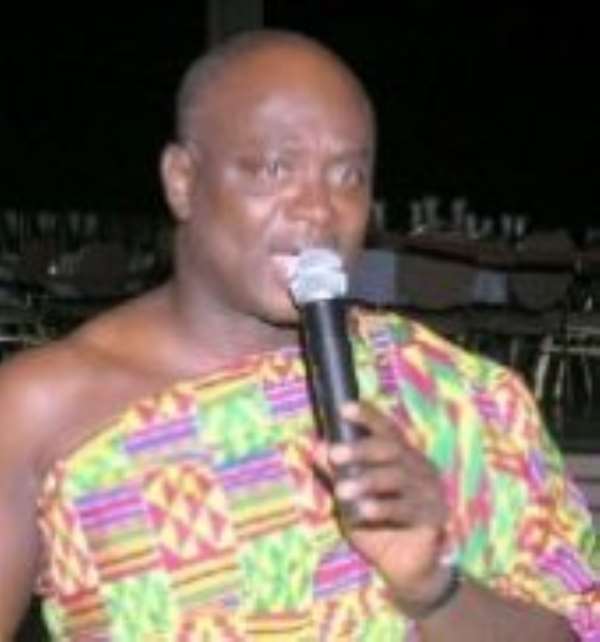 A former football administrator has called on the government to immediately put in place a Public Interest Committee (PIC) to oversee the activities of the Ghana Football Association (GFA) and help check indiscipline and corruption in football administration.

In a move likely to stir further controversy over the level of government involvement in football administration, , a businessman with keen interest in football matters, quoted statutes of world football’s governing body, FIFA, and the GFA’s own regulations to support his stance.

He said it was time to extend the national standard of governance to football, especially now that the government was obliged to make huge financial commitments to the Black Stars to participate in the Africa Nations Cup and the World Cup next January and June, respectively.

Referring to Article 70 of the GFA Statutes, which are approved by FIFA, he said it provided for the formation of a PIC and said the committee was required to work in accordance with the directives of the executive committee and the Ministry of Sports to formulate policies necessary for the building of national teams.

He said Article 70.1 of the statutes also required the PIC to liaise with the ministry in terms of the provision of the necessary facilities required for building national football teams.

'The government has every right and authority, with the full support of FIFA, to get involved in anything concerning the national teams.

It can also call for the accounting of every pesewa that has to do with the national teams, agree on who coaches them, how much they have to be paid, agree on bonuses for national team players and officials, ask questions on appearance fees during friendly matches, who has to make a trip, among others, and FIFA will not raise a finger,' he said.

He stressed that the bombardment of the government and Ghanaians with 'no government interference' from some football officials 'is because some members of the GFA fear their own shadows from the past'.

He wondered why members of the GFA did not complain of government interference then but did so now anytime a government official made a statement on football.

He said when President John Evans Atta Mills said the government would not interfere in football administration in the country, some took it as a blank cheque.

He said the President had, in addition to that assurance, sounded a caution about accountability 'which not even FIFA can stop because it endorses accountability and honesty in its fair play slogan'.

He said what the President meant was that the government would not go contrary to what FIFA rules and regulations stipulated about interference but that did not mean 'the GFA is free to do anything at all that it wants'.

The football administrator said although the government said it would not interfere in Ghana football per the position of FIFA, it could always intervene when necessary because 'it is government's money that is used to finance the league in the form of sponsorship, since the sponsorship package is tax deductible when determining the taxable incomes of the sponsoring companies'.

He said if the government decided that it would not give tax exemptions to the sponsoring companies, there would be no sponsorship for the country's league and the clubs.

Mr Bonsu drew an analogy with the Asantehene’s role as the Life Patron of Kumasi Asante Kotoko, saying that the Asantehene had the power to appoint people to the Kotoko management to cater for his interest and indicated if Otumfuo Osei Tutu asked for accountability, it would not amount to interference.

He said as the World Cup approached, the executive members of the GFA should be ready to declare to the government all the money that would be received from FIFA and other donors, the number of tickets that would be allocated to Ghana and how they would be sold and allocated.

He urged the members of the GFA to co-operate with the government, 'rather than hiding behind the banner of FIFA's ‘no interference’”.

He described calls by some executive members of the GFA on the government not to interfere in the administration of football in the country as attempts to discourage it from seeking accountability for their stewardship.

He said those GFA executive members were trumpeting the 'no government interference in football' slogan to confuse Ghanaians and ward off government officials from getting involved in football in order to protect their 'personal and selfish interests'.

Mr Bonsu, who made his point in a four-page paper in reference to the Legislative Instrument (LI) establishing the GFA, said government interference from FIFA's perspective came to play only where a government or its agency imposed or tried to impose an executive or executives on the GFA set up or got involved in the day-to-day administration of the GFA, the running of the local league or the FA Cup.

However, he said, FIFA encouraged government involvement in football, especially when it came to its development and matters of national teams.