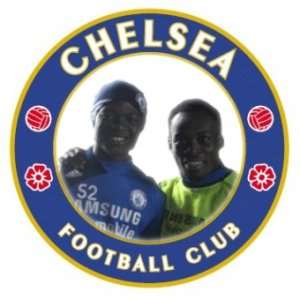 
Sir Alex Ferguson believes the race for the Premier League title is now between Manchester United and Liverpool after his side beat Fulham 3-0 on Wednesday.

Liverpool are the nearest challengers, with Aston Villa in third place and Chelsea 10 points back in fourth.

Guus Hiddink was installed as Chelsea's temporary boss last week and insisted the club's title hopes were not over.

But Ferguson disagreed and told United Review: "The title race now is going to be between ourselves and Liverpool.

"However, I shall be keeping a wary eye on Aston Villa, who seem to have picked up the baton from Arsenal.

"I was shocked that Chelsea should part so soon with a manager of such great experience and proven success as Scolari.

"Their haste is a reflection of the sad way the game is going, with everyone from owners, the board members, the supporters and the media demanding instant success and showing absolutely no patience in the pursuit of their ambition.

"Chelsea have called in a very experienced manager in Guus Hiddink and I am sure he will make an impact.

"At the same time, he has to start from scratch, perhaps putting together his own staff and gathering round him players of his choice which may take him some time."

"You can never be dead sure but it is fair to say Chelsea have an uphill fight now," added Ferguson after the victory.

"Things can happen. We were 12 points clear of Arsenal in 1998 but we got a lot of injuries and lost the league.

"Now we can cope with it, like we have done in the last few weeks."

"It looks like it is going to be us and Manchester United," he told his club's website.

While Carragher feels Liverpool have taken a step in the right direction, he stressed that the runners-up spot should not be seen as their ultimate ambition.

"We finished fourth last season, but we have overtaken Chelsea and Arsenal, even though everyone at the club understands that it's not over yet by a long way," the 31-year-old added.

"Just by overtaking Chelsea and Arsenal in the challenge is an achievement in itself already so everyone should be proud of that.

"A lot of people said at the start of the season that we needed to be in the title race at the end and at least be in with a fighting chance.

"Now hopefully we can go one step further and win this title.

"There are still a lot of games to go, so it's important everyone at the club remains calm."