It's a Done Deal - Louis Agyemang Is For Kotoko, Hearts Give Up Chase 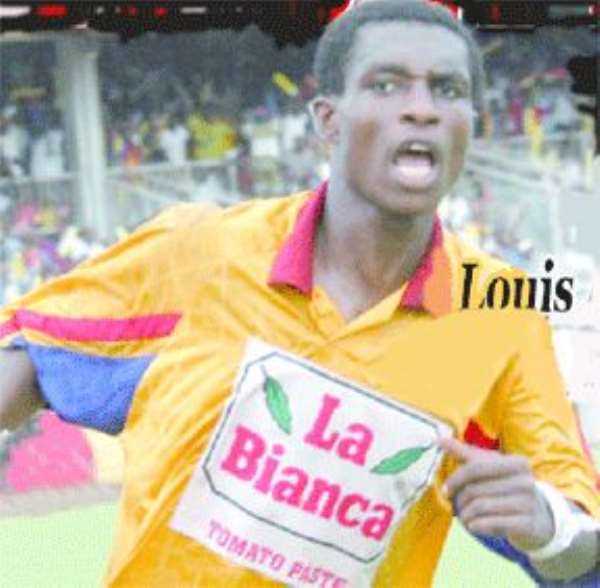 All Kotoko are waiting for now to cement their new-found romance with Louis Agyemang is an International Transfer Certificate (ITC) from the South Africa Football Association (SAFA).

Communications Director of Kotoko, Kwame Baah-Nuakoh, defused the rising tension between Kotoko and Hearts over the player's registration, when he told Graphic Sports categorically that the new love affair between them and the former Hearts kinpin was already a done deal.

He emphasised that Kotoko had actually signed a two-year contract with the player, who became a free agent after his three-year stint with Kaiser Chiefs of South Africa.

On the basis of that, the player was expected to join his teammates in Kumasi this week to prepare for the 2008/2009 season, which kicks off on November 23.

According to Baah-Nuakoh, Agyemang's name was included in the list of players registered by Kotoko for the upcoming league season.

This is in sharp contrast with the position of Hearts on Louis Agyemang as at last week. Officials of the club claimed in last Tuesday's issue of the Graphic Sports that they had long applied for the player's ITC after he had agreed to feature in the rainbow colours.

Meanwhile, barely a week after learning that their rivals, Asante Kotoko had made deep progress in securing the services of their former striker, Louis Agyemang, Accra Hearts of Oak have dramatically abandoned their desire to snatch the player back to their fold, reports Andy Quao.

Hearts Director, Mr Frank Nelson Nwokolo, who is also a member of a three-member management committee currently running the club, told Graphic Sports yesterday that the Phobians had no intention of creating an unecessary transfer stand- off with Kotoko.

According to him, the player had been in the fold of Hearts for a greater part of the off-season and expressed the desire to play for them, adding that “we on our part also made moves to register him”.

He admitted that the farthest the Phobians went in that respect was a verbal agreement and a desire on the part of the player.

“It was from that point that we wrote to the South Africa Football Association to get his International Transfer Certificate to enable him play for us this season.

“But if at this stage he has decided to play for Kotoko, there is nothing we can do but to wish him the best of luck in his new club and allow sleeping dogs to lie.

“We are not interested in having any confrontation with Kotoko at this moment over a player who is no longer interested in playing for us.

“If the player has decided to look elsewhere, we should grant him the right to do so,” Nelson said.

Louis, a former player of Hearts' youth side, Auroras, hit the headlines in the club's continental campaign in 2004, when coach Ernst Middendorp converted him from a defender into a striker.

But the player was to ignite a protracted and acrimonious transfer battle between Hearts and Kotoko which only thawed after the Phobians sold him to South African giants, Kaiser Chiefs.