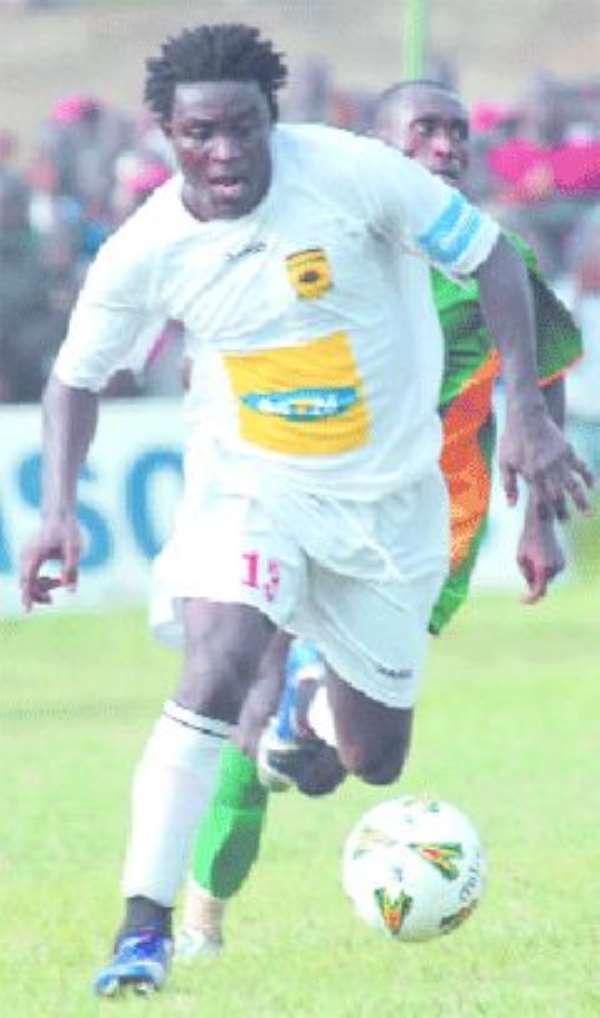 After that severe jolt to their continental ambitions in Calabar, Kumasi Asante Kotoko brace themselves to unleash their fury on Berekum Arsenal as they resume their exploits at the local scene on Sunday at the Baba Yara Sports Stadium.

The Porcupine Warriors will be driven by sheer desire to placate their fans who were distraught by the Calabar debacle.

Sunday's confrontation is expected to be a dress rehearsal for the plot to devour the Dolpins at the Baba Yara Stadium, a victory, badly needed by beleagured Coach Bashir Hayford to maintain the trust reposed in him by the fans.


Since their 0-2 loss to the Nigerians, the coach has been under fire as some Kotoko officials for the first time chided him for his tactics after bringing the team close to snatching to the premiership title.


But Arsenals are not usually easy prey for Kotoko. Since the Berekum boys gained their entry into the premiership, they have often proved a nightmare for them, both at the Golden City Park and the Baba Yara Stadium.


Having defied the odds at Berekum to claw a point in their first round confrontation, the Porcupine Warriors will be at ease as coach Hayford will have the luxury of his full compliment, including striker Francis Cofie (who missed the Calabar game due to ill-health), Eric Bekoe, Emmanuel Osei Kuffuor and Richard Manu.


At the Len Clay Stadium, one of the thrilling encounters of this premiership will be fought between two exciting sides, Liberty Professionals and homesters, Ashantigold, who certainly will unleash on the turf such talents like Latif Salifu, Wakasu Mubarak, David Telfer and Owusu Sefa.


Accra Hearts of Oak are set to fly out on Sunday morning by Airforce to Wa ahead of their clash with All Stars in the game which fans expect the Phobian set-up to benefit immensely from the inclusion of Charles Taylor, Kweku Essien and Gado Mohammed.


Hasaacas will face King Faisal, Sportive face Tema Youth in a local derby at the Tema Stadium, whilst on Wednesday, Great Olympics will have a huge task in Kessben at the Ohene Djan Stadium.


Two other matches, Zaytuna - Heart of Lions at the El Wak Stadium, and RTU-All Blacks at Tamale, will be played on Wednesday.