Pain of the past fuels Essien's dream 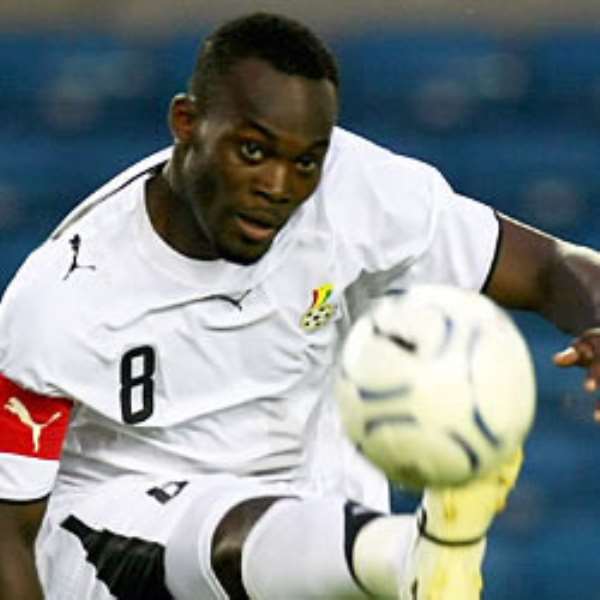 Pain of the past fuels Essien's dream of ultimate redemption:

For Michael Essien Anfield can wait. The Chelsea midfielder's needless booking in the final moments of Tuesday night's Champions League quarter-final victory over Fenerbahce means that for the second season in succession he will sit out the first leg of the semi-final against Liverpool.

His relentless power and energy will be unleashed only in the Stamford Bridge return.

The Ghana international has suffered more than most from untimely suspensions.

He missed his country's defeat in the last 16 against Brazil at the 2006 World Cup, having collected yellow cards in the previous two group games, and earlier that season he kicked his heels as Chelsea went out to Barcelona over two legs in the Champions League last 16.

The 25-year-old had been banned for two matches by Uefa following his infamous tackle on Liverpool's Dietmar Hamann in the final group fixture.

It is not, though, Essien's way to dwell. Setbacks bounce off him in much the same way as opponents. A minute after he was booked for throwing the ball away against Fenerbahce he surged between two defenders to set up Frank Lampard's tap-in, which added gloss to Chelsea's progress.

Essien prefers to look for the silver lining and, in this case, he believes he can see it at Moscow's Luzhniki Stadium, venue for the Champions League final against Manchester United or Barcelona.

"I was annoyed at the time I was booked but, now I think about it, it helps me a little bit because imagine if I got booked in the second leg of the semi-final and I missed the final," he said. "Maybe it's worth it."

Essien has his eyes on the prize and playing a decisive part in winning it after years of near misses and frustration. He was twice a quarter-finalist with Lyon and then came the Barcelona disappointment with Chelsea. All of them pale, however, when set against last season's defeat by Liverpool.

Essien was Chelsea's sixth designated penalty taker in the shoot-out at Anfield and, although he was spared the ultimate test of nerve, as Liverpool triumphed in four rounds, there was no relief, simply desolation.

"It hurt a lot," he said at the launch of Nike's new Total 90 Laser II boot. "To lose in the last match before what could be the biggest game of your career - a Champions League final - is very, very painful. We've now got Liverpool for a third time in four seasons in the semi-final and we have to go for it. I wasn't here for the first defeat [in 2005] but we won't accept to lose again."

Essien has already lost one semi-final this season and he suggests that another would be too much to bear. At the beginning of February he led Ghana, the host nation, into battle with Cameroon in the African Cup of Nations but, despite fervent backing, his team lost to the only goal.

"It was another semi-final defeat and they are getting hard to take," he said. "I hope we can go one better in the Champions League against Liverpool. The pressure was on me and the Ghana team and, although the nation expected us to win the competition, they were happy in the end with our performance. And for us, we beat Nigeria [in the quarter-final]!"