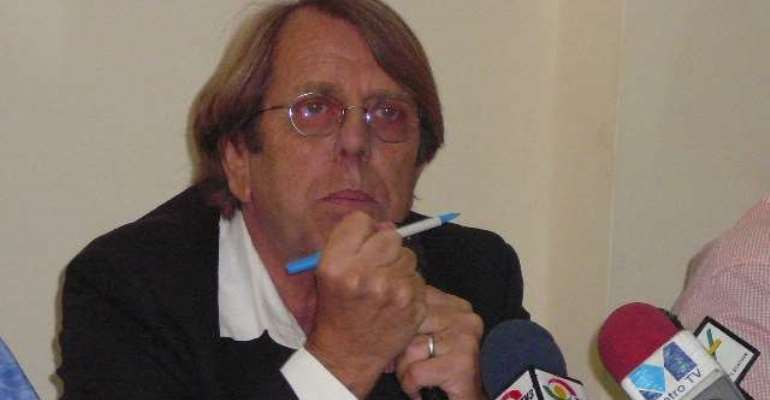 Ghana coach Claude Le Roy has rated the quality of the African Nations Cup hosts on a par with the Cameroon side he led to the title in 1988.

Ghana's impressive win over Morocco on Monday saw Le Roy into his sixth Nations Cup quarter-finals, and he has more than a sneaking impression that his side cango all the way.

"I've got long experience, this is my sixth quarter-final, and I can say this Ghana team are very
close to Cameroon in 1988 in terms of skill and dedication," he said at the team's hotel on Tuesday.

"It seems that day after day we're becoming very difficult to beat. I've got the same feeling as I had in Morocco in 1988.

"Perhaps there are teams here wwith more execptional players but mentally there's not one stronger than us."

Reflecting on Ghana's 2-0 win over the Atlas Lions which earned them a last eight date with either Ivory Coast, Mali or Nigeria, the Frenchman who turns 60 next month said: "That was their best performance since I took charge.

"Technically, tactically, physically and mentally we played at a very high quality."

Explaining his switch in tactics to allow Chelsea midfielder Michael Essien more space - and which worked to a tee - Le Roy said: "I asked a lot from Quincey and Sulley (Muntari), they played an important role tactically to give Michael more space.

"We had to win the battle in midfield, and we did that."

Le Roy inevitably wasn't giving any clues away to the side that he'll pick for the quarter-final.

"The day I decide the team the first people who will know is the players. I'll pick the best XI to beat whoever we play.

"The first quality for intelligence is to be able to adapt, that's what we'll do depending on who we play."

Celta Vigo star Quincy Owusu Abeyie believes the intense criticism directed at the Black Stars after their unconvincing display in their second game
against Namibia was unjust.

"The attacks were very rough, I don't think it helped us as the Morocco game was very important.

"Sometimes the media are too harsh towards the players. There's no need for that, we're going out there to give it our all."

Udinese striker Asamoah Gyan in particular was singled out and his family subjected to taunts and reported death threats which led to the police setting up
surveillance of the family home in Accra.

Le Roy commented: "Asamoah was in a very bad way on Saturday morning (when he'd packed his bags ready to quit the squad, his morale low after all the taunts).

"He's recovered now but even so I was surprised with his performance yesterday. I wasn't sure I'd see him at his best after all that's happened, but he played a high level game.

"He'll be a key player again in our quarter final because he's so skilful and dedicated."

Le Roy has been in Africa long enough to know that, as elsewhere, results are the be all and end all, and if he doesn't deliver the title to the Black Stars on February 10 he could well be out of a job.

"It all depends on how we do," he said when asked about his future.

"If we're not champions a new coach will arrive,that's life.

"For sure my aim is to stay here and prepare Ghana for the World Cup qualifiers.

"If I have to move on you'll find me on a pitch somewhere for the next few years. I've got a lot of experience, but the only problem with that is it means I don't have a long future!"