Drogba declares easy passage to next round 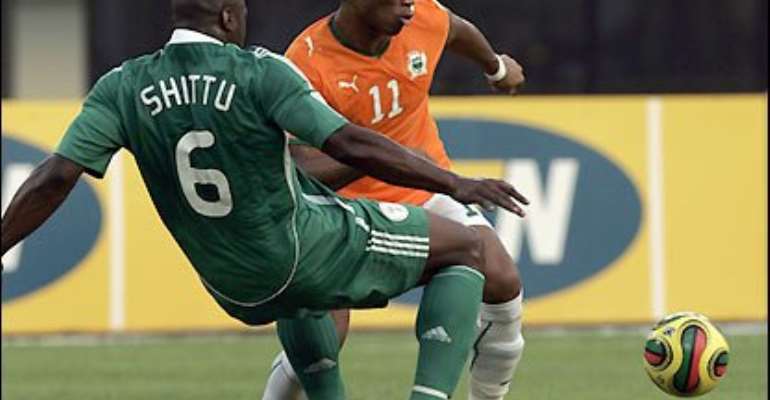 Ivory Coast talisman,Didier Drogba,says the Elephants passage to the quarter-finals has been made easier with the 1-0 win over Nigeria on Monday.

Drogba's goal knocked the Super Eagles out of the 2006 edition in Egypt but his Chelsea team mate Salomon Kalou's solitary strike separated the two sides on Monday.

"Nigeria were the most dangerous team and I think the important thing has been done."Drogba said at a press conference.

"It is an important victory because we won against our main rival for top spot in the group."

The Ivory Coast skipper was quick to water down talks about his fitness level.

''Most important it is not my health but how the team played. And it is normal that I would not be yet at 100%".

Man-of-the-match,Salomon Kalou, attributed the win to the team's collective play.

''It's not about the award but how the team played and I'm happy too.''Kalou said

Stand-in coach Gerard Gili, paid respect to the Nigerian side for losing gallantly.

"The players worked hard against a very solid team. Our tournament has started in the best possible way,'' the Frenchman said.

Ivory Coast next play Benin on Friday in Sekondi.