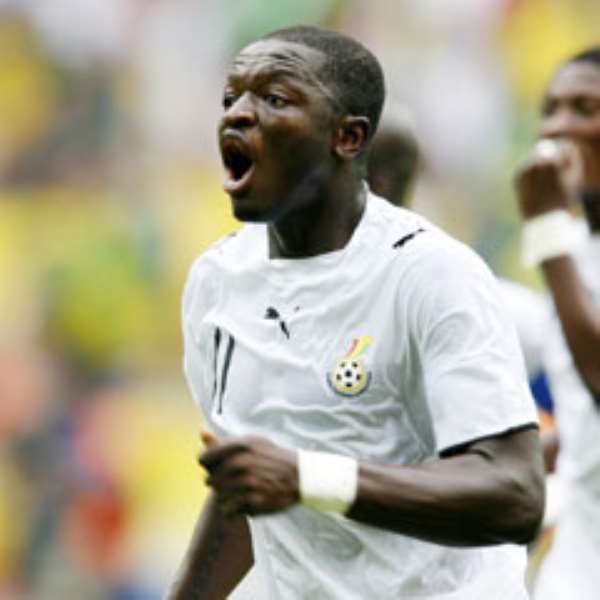 Two weeks into the opening of the European player transfer window, no significant transfer has been recorded yet of Ghanaian players despite several of them being linked with lucrative moves.

In the following report, Elloeny Amande of Joy Sports chronicles activities on the player transfer market and predicts what movements are likely to occur before the transfer window shuts at the end of January.

Apart from losing his place in the Black Stars and not featuring for Ghana since June 11, 2006 when Ghana played Italy, he was also offloaded by AS Roma to Livorno on loan.

But at the start of the year, the President of Livorno revealed that the club has no use for Kufuor and they will allow him to go back to Roma.

Over the next few days, Kufuor's agent will be busy working the phones to other European clubs and maybe the rich gulf region where he could pick up some good pension fund.

Late last week, Mathew Amoah was reported to be on his way out of Dortmund, the club he joined exactly a year ago. Even though the club hasn't confirmed this move, the reports suggested that the Black Stars striker will be sold before January ends.

The player is presently away with the rest of the Dortmund squad in Spain for a mid-season preparation. It is speculated that with the departure of Coach Van Marwick this season, Mathew will exit with him.

He has indeed struggled with his form and injuries since his move from Holland just before the 2006 Nations Cup. Another player presently on mid season preparatory tour in Spain with his team is midfielder Sulley Muntari.

Currently it must be the worst kept secret in football that Muntari will change clubs by the close of the month. He has a long list of admirers, especially in England and is generally said to be unhappy at Udinese.

He has been played out of position so far this season and his frustrations have been reflected in the numerous sending offs. The right ingredients are in place for a transfer that is if the price is right.

Another member of the Black Stars, Laryea Kingston doesn't expect to start the new season in Russia with his club Locomotive Moscow.

This week significant development is expected in terms of his move to England. Having completed medicals with Bolton Wanderers, if a fee is agreed between his Russian club and Bolton he could become a Trotter by the weekend.

Defender John Mensah and striker Asamoah Gyan hanker for a move to England but it is unlikely a move will happen before the season's end.

Captain Stephen Appiah will also be staying at Fenerbache at least until the end of the season, despite interest from a clutch of top European clubs.