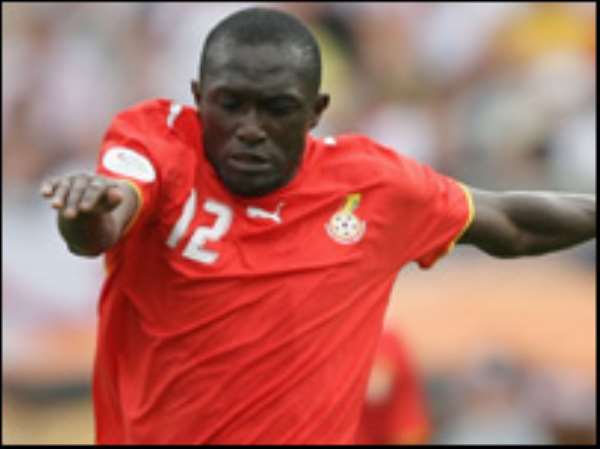 Ghana striker Alexander Tachie Mensah has extended his contract with the Swiss side St Gallen.

The 29-year-old signed a two-year extension on Tuesday which will keep him at the Super League club until June 2009. Mensah joined St Gallen in 2002 from rivals Xamax Neuchatel and his current deal was to expire in June.

He is the third highest scorer in the league with eleven goals.

Mensah, who appeared three times at the World Cup in June, has nine caps to his name.

Why won't National Security operatives assault journalists i...
47 minutes ago