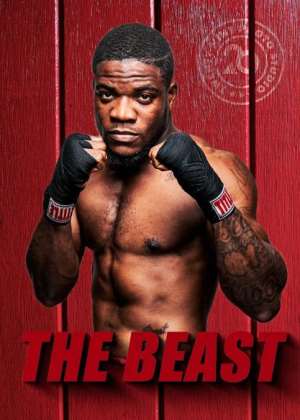 According to Coach Carl Lokko, Dickson’s trainer, Russia-based Lenar Perez was unable to secure a visa to travel to Deauville, France.

“We were informed about this last night and the new opponent is a southpaw. We were prepared for an orthodox opponent,” Coach Lokko said.

Meanwhile, at the time of filing this report, Dickson’s camp was dealing with not finding their luggage on arrival in Deauville, France.

The Ghana Cruiserweight champion, Dickson said “since we came here, things have not been good, but we are managing. I have prepared for an opponent and it turns out he cannot make it, so I have to fight another one.

“Since this is my first time travelling, I want to focus and keep my eyes on the belt and win this for Ghanaians. The situation is a tough one but we will manage it,” Dickson told the media.

Jacob Dickson, a product of the famous Bronx Gym in James Town, Accra and has won all eight professional bouts.

The experienced Venezuelan Ramirez who is a southpaw has a record of 14 wins, 13 being knockouts.

Coach Lokko said their game plan will be affected, but they are focused and hope to win to make Ghanaians happy.