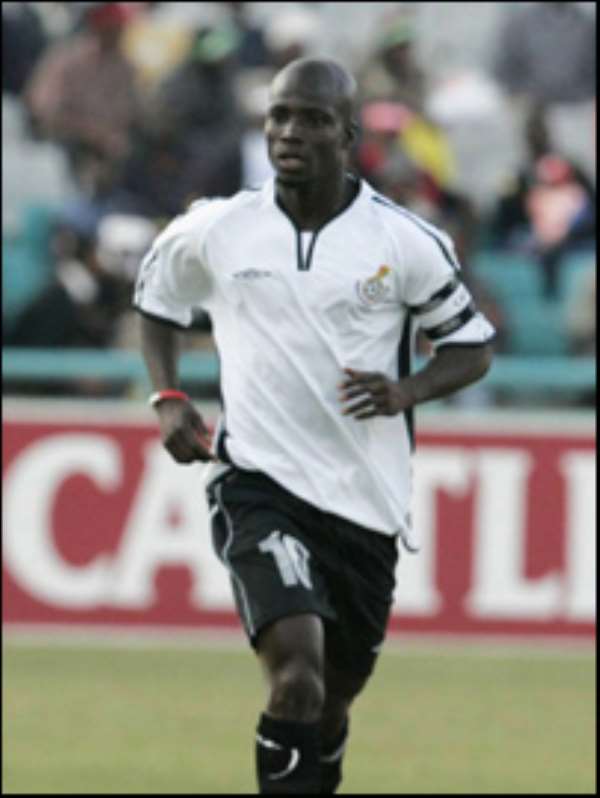 After an impressive outing at their maiden World Cup appearance in Germany last summer, the skipper of the senior national soccer team, the Black Stars, Stephen 'Tonardo' Appiah, together with five other teammates have earned a call-up to be part of the continent's All-Star team.

Though players from Ghana and Ivory Coast dominated the list of nineteen players as they got six each, four Black Stars players were selected to be part of the starting eleven as they prepare to play their counterparts from Europe at a date yet to be announced.

But surprisingly to many soccer fans especially Ghanaians is the decision to drop our dependable skipper from the starting eleven. The four stars that made the starting line-up were goalkeeper Richard Kingston, who according to officials got the nod as the gloved one between the post due to his impressive and acrobatic shot stopping in the final quarter against Brazil when the Black Stars had been reduced to ten men was simply breathtaking.

Joining him to make the four are John Mensah, who's towering performances in the World Cup earn him the right to join his colleagues for the starting eleven. Former Liberty Professionals stars Michael Essien and Sulley Ali Muntari joined the pair to make the four, whiles Stephen Appian and John Paintsil starts from the bench.

Also earning a first team place in the European side are the likes of Buffon of Italy, Thierry Henry, Fabio Cannavaro among others. Though the date for this encounter has not been set, it is believed that it will come off early next year in Germany.

Below are the full list of selected players arranged in order of positions.