[VIDEO]: Why Samuel Eto'o may be banned by FIFA 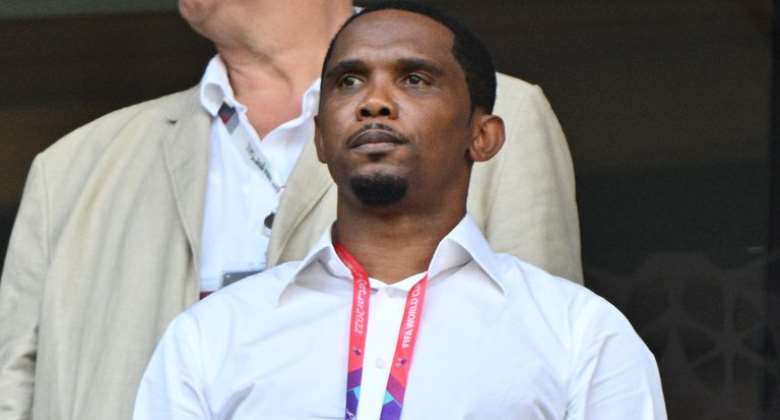 Former Cameroonian footballer and current FA President, Samuel Eto'o may be slapped with a ban from the Federation of International Football Association (FIFA).

The forward who made his name for Chelsea, Inter Milan and Barcelona was captured in viral footage assaulting a certain cameraman at the outskirts of Stadium 974 in Doha, Qatar.

The video showed the time when the World Cup 2022 Legacy Ambassador was exiting the stadium just after he watched Brazil gambol to victory against South Korea in their round-of-16 match on Monday evening, December 5, 2022.

At first, Eto'o appears happy to pose for photos with waiting fans before a man (an Algerian Youtuber) with a video camera approaches him to his right.

The video, which has since been shared by many online platforms, suddenly captures the two (Eto’o and the cameraman) trading words at each other, though it is unclear what exactly happened.

Then after a while, the video shows a portion where Eto'o returns to the scene to confront the man and angrily pushes him onto the floor.

Unconfirmed reports indicate that FIFA is currently investigating the matter.