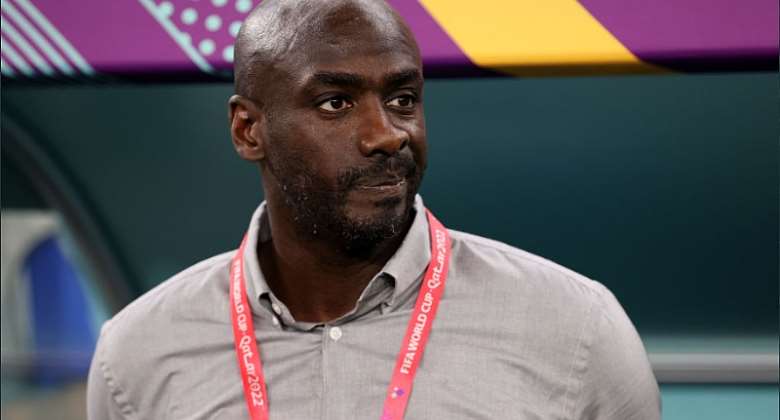 Otto Addo has stepped down from his role as the head coach of the Black Stars technical team with immediate effect.

The 47 year old confirmed his decision after Ghana's elimination from the 2022 FIFA World Cup.

The Black Stars suffered a 2-0 defeat to Uruguay on Friday, December 2 at the Al Janoub Stadium.

Otto Addo before the start of the World Cup hinted that he will step down from his job after the competition regardless of Ghana's performance.

"Me & my family are happy in Germany. I said I would step down after the World Cup even if we're world champions after the tournament. I've resigned from my role as Ghana coach," Otto Addo, who works as Borussia Dortmund talent coach told the press in his post-match interview.

Otto Addo supervised 12 games as the head coach of the Black Stars since he was appointed as the interim manager to lead the team for the FIFA World Cup playoffs against the Super Eagles of Nigeria in March 2022.

He won three out of the 12 games, lost five, and drew the remaining four matches which include the doubleheader against the Super Eagles of Nigeria.

Despite leading the Black Stars for less than a year, Otto Addo will also go down in history as the first Ghanaian to have featured in the FIFA World Cup as a coach and a player.

He was assisted by Didi Dramani and George Boateng with Chris Hughton as the technical advisor.