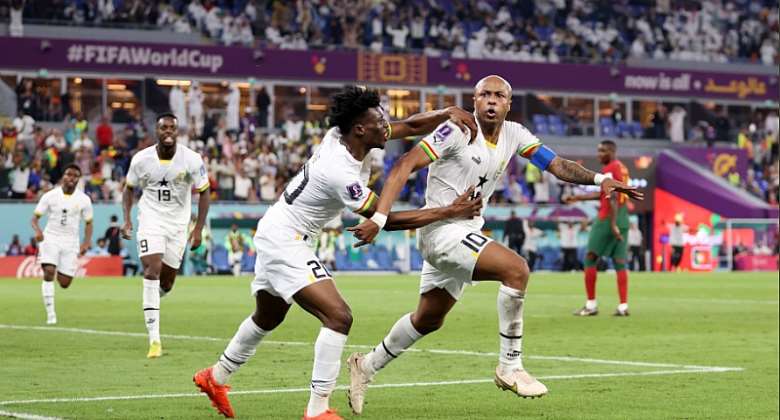 Ghana captain, Andre Ayew has said the Black Stars will still make it to the next round of the 2022 World Cup despite suffering a defeat on Thursday.

The Black Stars opened their campaign for the Mundial with a 3-2 defeat against Portugal at the 974 Stadium.

With Ghana set to face South Korea in their second Group H on Monday at the Education City Stadium with kick-off scheduled at 13:00GMT, Andre Ayew, who is the skipper for the side says the team has what it takes to secure a place in the next round.

According to the former Swansea City attacker who scored the equalizer soon after Cristiano Ronaldo’s opener says the players need to increase their performance in subsequent matches.

The win takes Portugal top of the group but the 0-0 draw between South Korea and Uruguay earlier in the day means today’s loss might not prove to be too costly for the Black Stars.

The Black Stars are aiming to play the next round after exiting at the group phase in 2014 in Brazil.