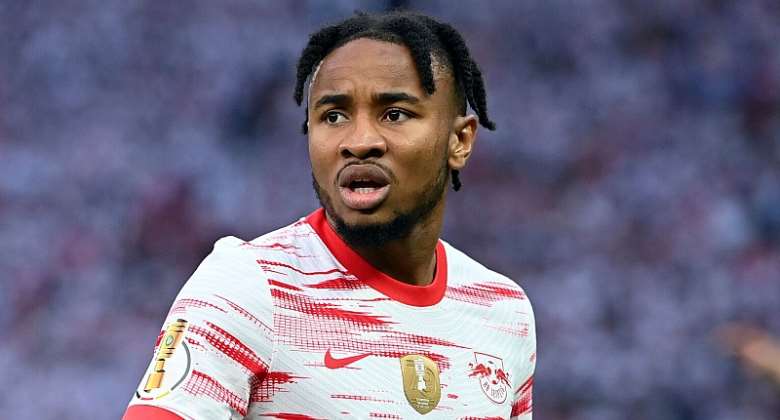 Christopher Nkunku is a transfer target for Chelsea

The France international, who can also play in midfield, signed a two-year extension on his contract earlier this year taking him to 2026 - but significantly it contained a €60m (£52.4m) release clause which kicks in next summer.

Sky Sports News has been told nothing has been signed and the player himself has yet to make a final decision on his future amid interest from a number of top European clubs.

It is thought Chelsea are prepared to offer more than the release clause in advance of the summer to ensure they get Nkunku ahead of the other interested clubs.

Nkunku, who came through the youth system at Paris Saint-Germain before joining Leipzig in 2019, has scored six goals in eight Bundesliga appearances this season and has made eight appearances for his country.