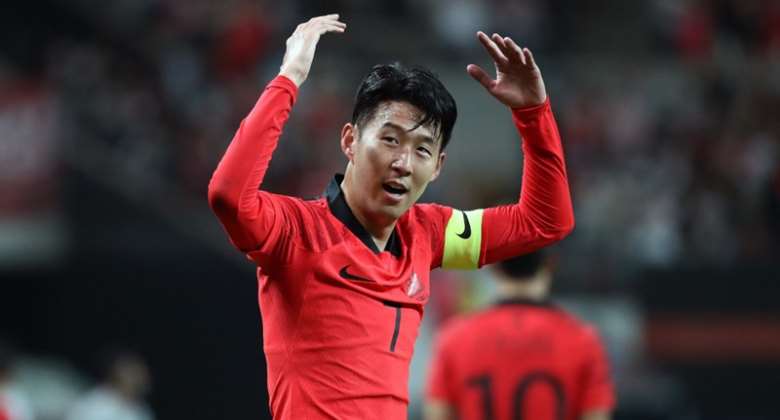 Son Heung-min's first-half header earned South Korea a 1-0 win over Cameroon on Tuesday at Seoul World Cup Stadium as the Tottenham Hotspur striker netted for the second game in a row for Paulo Bento's side.

Son pounced in the 35th minute after Andre Onana kept out Kim Jin-su's initial shot, the 30-year-old finding the target again after scoring a late free kick in Friday's 2-2 draw with Costa Rica.

Son carried the main threat against the visitors and it was from his deep cross in the fifth minute that the Koreans almost took the lead, Kim Jin-su nodding back across goal before Onana kept out Jeong Woo-yeong's close-range header.

Moumi Ngamaleu fired over the bar with a first-time effort from distance before the Koreans went in front 10 minutes from the interval.

Hwang fed full-back Kim Jin-su on his underlapping run from deep and, while Onana was equal to the Jeonbuk Motors' defender's strike, he was unable to stop Son's header from the rebound.

Cameroon narrowly missed out on an equalizer in the dying seconds of the half when Brian Mbeumo's strike from distance was deflected onto the crossbar.

Son went close to claiming a second late in the game with a free kick that narrowly cleared the crossbar while Leandre Tawamba could have earned Cameroon a late draw, but his attempt to lob Kim Seung-gyu was too weak to clear the goalkeeper.

The Koreans, who will be appearing at their 10th consecutive World Cup, will face Ghana, Uruguay, and Portugal at the finals in Qatar in November while Cameroon take on Brazil, Switzerland, and Serbia.

Structure of government's debt restructuring plan is unaccep...
12 minutes ago

Cocoa farmer killed by fallen tree at Mankranso
28 minutes ago