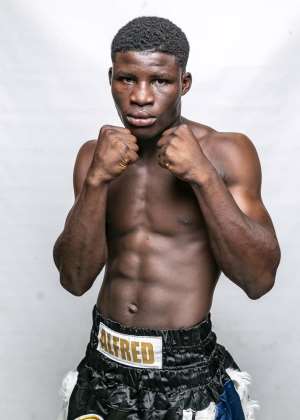 Mr.Alex Ntiamoah Boakye, manager of the 20-year-old Lamptey told Yours Truly his ward will fight in a contest that will prepare him for a championship bout in December.

Lamptey, the West African Champion who is popularly known as the ‘Bukom Bomber’ scored a second-round technical knockout victory over Success Tetteh in a recent bout, after no action in the ring for over eight months.

Mr. Ntianoah Boakye said the upcoming fight is to prepare Lamptey and keep him in shape and focused.

The multi-titlist at a young age is capable of getting in the IBF ratings if he wins the championship fight in December.

His trainer, Coach Killer, and Eben Adjei revealed that they might camp in South Africa before going for the fight.

He said Lamptey is hungry and ready to face the big boys in his division.