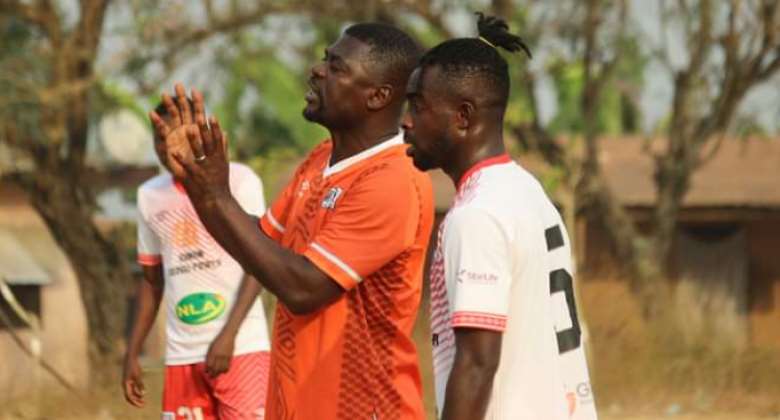 Hearts of Oak have rescinded their decision to offload midfielder, Frederick Ansah-Botchway ahead of the new Ghana football season.

Ahead of the 2022/23 Ghana football season, the 2021/22 MTN FA Cup winners announced that the player together with other players have been released by the club.

However, Ansah-Botchway has returned to Hearts of Oak training grounds ahead of their GHALCA Top Six tournament fixture against Medeama SC.

The 24-year-old has won the hearts of the supporters having had his name only on the lips of fans and former players of the club without the mention of other players who were sent away.

Kofi Kordzi, Sumaila Ibrahim Larry, and Abdul Manaf Grumah, among other players, have left the club ahead of the new football season.

However, Frederick Ansah Botchway's return will mean good to the development of the team into a formidable size for local and continental games as they prepare for the 2022/23 CAF Confederations Cup.

Hearts of Oak will open their 2022/23 Ghana Premier League season with an away game against Aduana Stars.