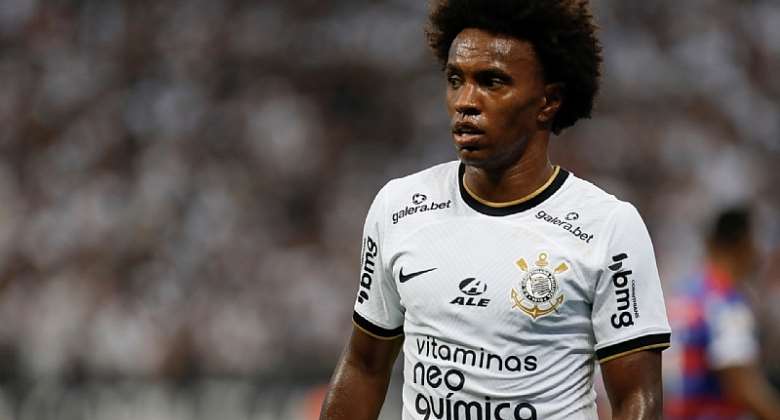 Former Arsenal and Chelsea forward Willian could be set for a return to London with Fulham heavily interested in the Brazilian after his departure from Corinthians.

Willian spent the 2021-22 season with his boyhood club, having started his career at Corinthians back in 2006.

However, the campaign brought very few positives for the 34-year-old, and after playing 32 games in all competitions and only netting once, he announced publicly that he would be leaving the club as a free agent due to threats from so-called “fans”.

“The threats never stopped,” he said. “Whenever Corinthians lost and if sometimes I was not doing well in the game, my family received threats, curses on social media. My wife, my daughters.

“My family is my greatest asset, so I have to take care of them.”

London is a more than familiar destination for Willian after spending the most decorated years of his career there playing for Chelsea.

Five trophies in seven years at Chelsea proved Willian’s undoubted quality; with a body feint before cutting in on his trusted right foot and firing a curled effort past the goalkeeper a pattern frequently associated with the tricky winger.

In 2020, Willian swapped the royal blue of Chelsea for the red of Arsenal. In contrast to his impressive debut, where he registered three assists against the club he is now strongly linked with, Willian proceeded to perform poorly throughout the 2020-21 season, contributing little to Arsenal’s below-par eighth-place finish.

One season at the Emirates was seemingly enough for the Brazilian, who then journeyed back to Corinthians.

A return to the English capital looks imminent now, however, with the Daily Mail reporting that Willian is expected to speak to Fulham regarding a Premier League return, while the player is currently training with the team to keep his fitness up.

He stated: “My goal is to live abroad. In London, I have an English passport, so I can live and live there with my family, that's my goal.”

Fulham look to be the perfect club for the veteran so long as he can provide those undeniable glimpses of quality and flair that could prove essential to the club’s survival hopes.

Craven Cottage is also located close to his former stomping ground, meaning Willian should need no time to acclimatise to his new surroundings.

The 34-year-old free agent claimed "I don't have a club yet. I will decide there [London]”, although it is looking increasingly likely that a deal with the newly-promoted side could be struck.