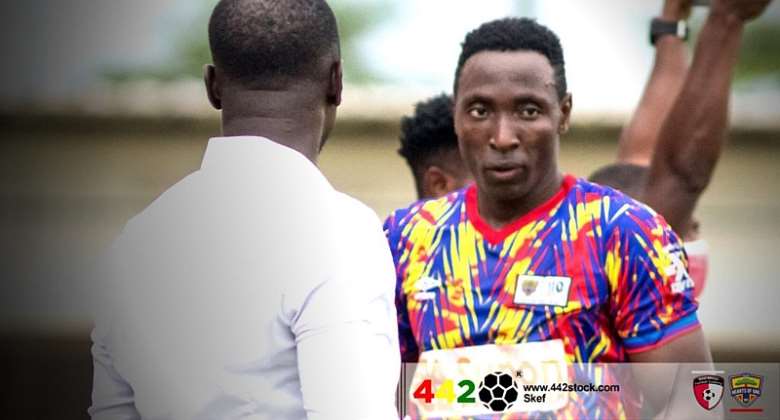 Former Hearts of Oak striker, Kofi Kordzi has sworn never to return to the club again due to how he has been treated.

The bulky forward struggled to flourish under Samuel Boadu following his return to the club.

However, the striker has been released by the club ahead of the 2022/23 Ghana football season.

Speaking after he was thrown out by the club, Kordzi says he will never play for the club even if he is offered hefty sums of money.

He however admitted that what happened between him and his former club is part of football but he is unwilling to make a return.

“Football is played with the heart but before God and man even if Hearts of Oak give me billions of dollars I can’t be able to play for them again," Kordzi told Accra-based Angel FM.

Hearts of Oak, who represent the country in the 2022/23 CAF Confederations Cup have announced the signing of Junior Kaaba, Eric Ofori Antwi, and Zakari Yakubu.

Bawku Conflict : NMC cautions against "weaponization" of med...
21 minutes ago