REVEALED: Why Ghana's male 4x100m team was disqualified from the 2022 Commonwealth Games 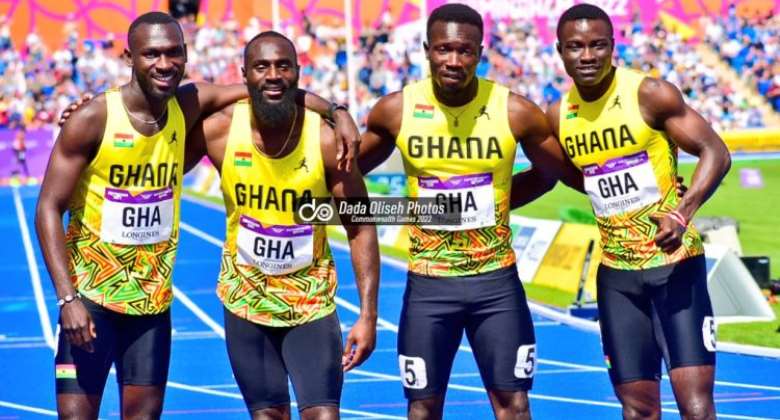 Ghana men's 4x100m team have been disqualified by the organizers of the 2022 Commonwealth Games from competing in the 4x100m finals.

Team Ghana finished the race behind Nigeria and Kenya.

However, team Ghana have been disqualified for not notifying the organizers at least an hour before swapping Joseph Paul Amoah with Abdul Rasheed Saminu, thus breaching Track Rule 24:11.

Team Ghana initially listed Joseph Paul Amoah but the Ghana Athletics Association opted to replace him with Barnabas Aggerh because the Joe Paul will compete later tonight in the men’s 200m finals.

According to the competition rules:

The composition of a team and the order of running for a relay shall be officially declared no later than one hour before the published first call time(the time by which the athlete must be present in the call room) for the first heat of each round of the competition. Further alterations must be verified by a medical officer appointed by the organisers and may be made only until the final call time.(the time at which the athletes are listed to depart the call room) for the particular heat in which the team is competing.

The team shall compete as named and in the declared order.

If a team does not follow this rule, it shall be disqualified.

According to a report by Citi FM's Fentuo Tahiru Fentuo, Abdul Rasheed Saminu was swapped with Joseph Paul Amoah so that the latter could concentrate on the 200m finals.

"You present a team of 5 runners for every relay - 4 starters and a reserve. Abdul Rasheed was listed as the reserve and Joe Paul as anchor leg runner as always."

"But the rule says, before you make a change to the first 4 to bring in your reserve (for whatever reason), you must notify organizers AT LEAST ONE HOUR before the race."

"GAA made the decision to replace Joe Paul with Abdul Rasheed so the former can concentrate on the 200m final later tonight. However, they did not notify organizers of the last-minute change, violating the rule," Fentuo posted on his Twitter page.